THIS STORY HAS BEEN FORMATTED FOR EASY PRINTING
GAMING

Role-playing crosses from the television to the big screen 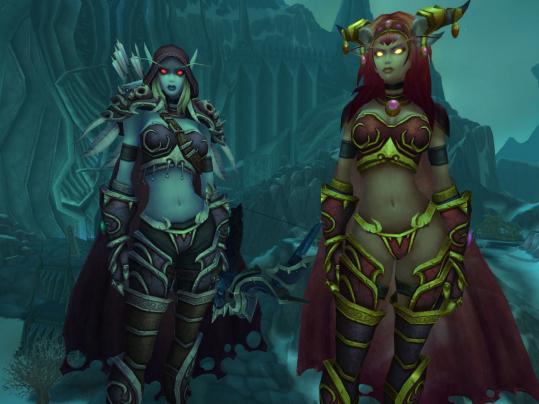 “Avatar’’ has been compared to a video game for good reason: it wouldn’t exist without role-playing games (RPGs) having blazed the jungle trail first.

The film’s visual design alone echoes what game developers have achieved in creating believable digital worlds. Devoted gamers already accept that pixels are as palpable as a Hollywood set. Increasingly, as more directors marry actual and digital performances and landscapes, the look and feel of the pixel will also feel real to the average moviegoer.

Both games and movies must be believed to work their magic. Seen in 3-D, “Avatar’’ feels immersive - more so than most films - and provides the same high excitement, danger, and adventure of a game. It might be the most “game-like’’ movie yet.

But no movie, no matter how richly textured, offers the same immersion as a video game. An RPG or first-person shooter (FPS) isn’t passive escapism. Players are participants, choosing their own adventures, telling their own stories, and tapping into that pick-up-your-battle-ax-and-kill mentality that still courses in 21st-century veins. The rush that Jake Sully feels in his Na’vi skin is the same World of Warcraft players sense, controlling the actions of level-60 night elf hunters.

Role-playing lets players safely try out aspects of their personalities - heroic and dark, extroverted and flirtatious - that they can’t explore in “real life.’’ Gamers get to trash-talk, boast, and celebrate their victories. RPGs also provide accomplishment and belonging, and in some cases rites of passage and codes of honor. Movie audiences can talk back to the screen, but that’s about as far as the interactivity goes.

“Avatar’’ makes utterly explicit the wish to transcend the limitations of the self that hovers at the edge of gaming culture. The movie’s very title speaks to the desire to be uber-powerful; an avatar, literally, is the manifestation of a deity or released soul in bodily form on earth.

Indeed, who doesn’t want to be superhero-shaped (if not blue-skinned); better, faster, and more instinctual; lithe and running low to the ground one moment, jumping from vine to fantastic vine the next; riding six-legged horses and flying pterodactyl-like beasts.

“Avatar’’ - like “Lord of the Rings’’ and “Star Wars’’ - also exists as a tie-in Xbox 360, PlayStation, and Wii video game experience. Why? The savvy franchise holders want to make money. But they also want to sate movie viewers’ thirsts to explore Pandora themselves.

Here’s the irony. Sully says he feels more alive as his avatar, while his real self lies supine on a bed, stuck in a trance state. “Everything is backwards now,’’ he says, “like out there is the true world and in here is the dream.’’ The self is split, and it haunts him.

As role-playing games cross new frontiers and become more integrated into our leisure lives, and as movies become more like games (and vice-versa), the question becomes: When is it time to hit the pause button?

Ethan Gilsdorf is the author of “Fantasy Freaks and Gaming Geeks: An Epic Quest for Reality Among Role Players, Online Gamers, and Other Dwellers of Imaginary Realms.’’ He can be reached at ethan@ethangilsdorf.com.