THIS STORY HAS BEEN FORMATTED FOR EASY PRINTING
Cinema

‘Avatar’ is powered by many influences - for better and worse 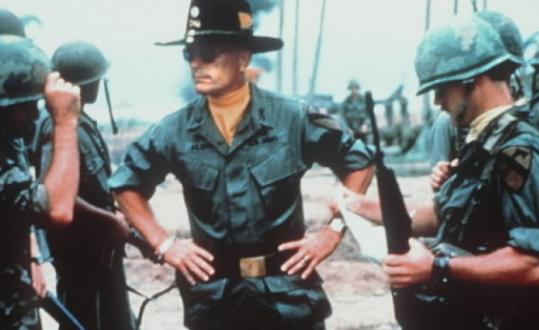 All movies are about other movies, and maybe the best justification for calling one movie greater than another comes from just that. It’s the extent to which we can say subsequent movies have been about that previous movie. By “about that movie’’ I mean shaped by it, inspired by it, even outright stolen from it. Put another way: How many possibilities for other filmmakers has a given movie opened up? By this reasoning, for instance, the first “Terminator’’ movie is greater than “Titanic,’’ despite its stratospheric box office and parade of Oscars.

So will James Cameron’s latest movie be more valuable than either of those predecessors? It has to, if only because “Avatar’’ marks such a technological departure for the medium. Never underestimate the degree to which technology, even more than economics or (yes) artistry, has been an enabling factor in film history.

Of course we have no way of knowing precisely how much later movies will be about “Avatar.’’ That would take a 3-D equipped, CGI-capable crystal ball. And lest we forget, “Tron’’ with its faux-cyberworld, hasn’t exactly rivaled “The Jazz Singer’’ in impact.

We’re on less shaky ground when it comes to the movies “Avatar’’ is itself about. And there’s nothing invidious in saying a movie is about other movies. It’s like saying life on this planet is carbon based: It’s just a fact. Artistry that operates in a tradition is no less original, and almost certainly richer in result, than artistry that operates in a void. What matters is which movies a filmmaker draws on and, more important, the uses to which he puts them.

“Avatar’’ improves on a lot of the movies it’s about, or at least reworks them in imaginative ways. There are the going-native ones (“Dances With Wolves,’’ “A Man Called Horse,’’ “Greystoke,’’ Little Big Man’’), an ecotopian one (“The New World’’), James Cameron loving Marines and macho women (“Aliens’’), Sigourney Weaver scientifically in the jungle (“Gorillas in the Mist’’), the Native American apologia (“Cheyenne Autumn’’), and even a heroic-helicopter-pilot movie. (Not only is Michelle Rodriguez a whole lot easier on the eyes than Mickey Rooney in “The Bridges at Toko-Ri,’’ she’s three inches taller.) That’s just for starters.

At least one of the movies “Avatar’’ is about severely undercuts it. That would be “Apocalypse Now.’’ The way the Marines on Pandora describe the Na’vi is clearly meant to remind us of the US Cavalry talking about Indians. It’s just as clearly meant to evoke Vietnam - or “Indian country,’’ as Viet Cong-occupied territory was called back then.

There is one way in which “Avatar’’ improves on “Apocalypse’’: its tough-guy voice-over. None of Sam Worthington’s lines begins to approach the awfulness of Martin Sheen’s “charging a man with murder in this place was like handing out speeding tickets at the Indy 500.’’ Conversely, nothing in “Apocalypse’’ approaches the awfulness of Stephen Lang’s steroidal Colonel Quaritch in “Avatar.’’

This is the most confounding thing about “Avatar’’: how its animation can seem so exhilaratingly lifelike and its live action so numbingly cartoonish. Quaritch is the camouflage-wearing embodiment of that cartoonishness. And here’s where the “Apocalypse’’ parallel is most damning.

That movie has its own rampageous warrior, Robert Duvall’s Lieutenant Colonel Kilgore. Yet Kilgore, unlike Quaritch, actually approximates a human being. The famous Kilgore quote is, “I love the smell of napalm in the morning - it smells like . . . victory.’’ You can imagine Quaritch saying that, too, with a leering haw haw haw thrown in for good measure. What you can’t imagine is his saying it with Kilgore’s sense of wonder. Or, for that matter, Quaritch loving surfing, listening to Wagner, or honoring an enemy as a fellow warrior.

A few moments after the napalm line, Kilgore comes upon a dying Viet Cong soldier and is enraged to see him being denied water. “Any man brave enough,’’ Kilgore says, “can drink from my canteen any day.’’ It’s a moment that has the kind of absolute, resonant illogic life does, the kind of illogic no computer can generate and to which “Avatar’’ is oblivious. All movies are about other movies, yes, and the greatest movies are about human ineffability, too.