THIS STORY HAS BEEN FORMATTED FOR EASY PRINTING
Reality 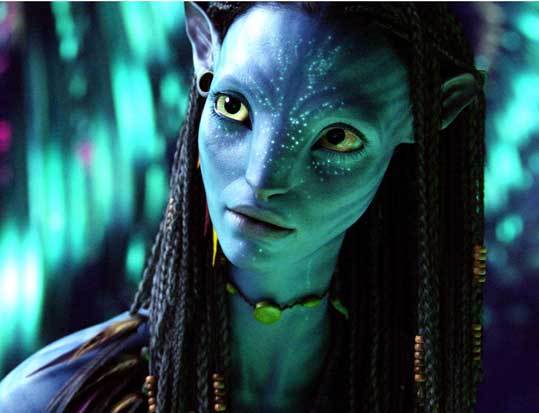 One of the most interesting aspects of “Avatar,’’ both as movie and phenomenon, is that you don’t really get it until you go. To appreciate what James Cameron hath wrought, you have to step into the movie’s lush 3-D world the way black-and-white Dorothy opened the door to a Technicolor Oz. The movie brings us one step closer to what has long been the holy grail of our pop culture industrial complex: Fully immersive mass-appeal dreamworlds. So what happens to reality when the fantasy outpaces it?

You remember reality, don’t you? The place we live when we don’t have our heads stuck in a TV screen or a cellphone or a Wii or an iTouch or a computer screen or any of the hundreds of digital interfaces we encounter every day? This is not an idle question. The week after “Avatar’’ opened, I received an e-mail from a reader who was thunderstruck by the film. His reaction is probably shared by many:

I am a 20-year-old male, who lives a normal life in this normal world. But after seeing so many movies that have awed me, this one just has done something I can’t explain. The non-realistic nature of it makes me want to live it, to actually go to the wonderful place that I have seen in the film. To take my normal, unsatisfying life and transform it into that of which cannot be. It burns so much that once I returned home from the theater it brought tears to my eyes . . . Hopefully one day we will have technology to go into such a world of beauty and amazement.

This letter both moves and frightens me. What I hear between its lines is that we’ve become so adept at building fantasy worlds that waking life has become a burden - a gray limbo to which we resentfully return, sharing it as we do with ugly headlines, unpleasant bosses, and all those other people who, sadly, aren’t us. Why bother returning at all, when the entertainment omniverse is at our fingertips 24/7? Why jack out when the movies will be offering total immersion playing to all of us individually, when 3-D will be arriving on the family TV within a few years? Now that screens are everywhere - on phones, in restaurants, in cabs, in public bathrooms - we don’t have to think about realities beyond our control. We don’t have to think at all.

When my e-mail correspondent speaks of coming “technological worlds of beauty and amazement’’ I find myself picturing the Matrix and the atrophied human jellybags of “WALL-E. For some reason, I’m reminded of the anecdote about Sir Alec Guinness in the years following “Star Wars,’’ when he encountered a young boy who claimed to have seen the movie dozens of times and worshiped at the very feet of Obi-Wan Kenobi. Sir Alec leaned down to the boy and said, “You must promise me one thing.’’ “Yes? Yes?’’ “Promise me you will never, ever watch that movie again.’’

Tears, recriminations, curses from the kid’s mother. Guinness was right, though. Our entertainment wonderworlds are a diversion for some, a hugely profitable industry for others, and for many an addictive replacement for actually living one’s life. What’s depressing is how masturbatory and lonely so many of these experiences are, playing for our sole amazement while keeping other humans at bay. (And, no, online gaming doesn’t count; it just re-factors other humans as a wild-card element of the fantasy.)

The movies, of course, are still a place for mass voyeurism, where a group response is part of the thrill. We get to hold hands in the dark, whisper to each other, compare notes afterward. That communality is fading fast, though. If the 3-D glasses partially cut you off from the person with whom you came to “Avatar,’’ imagine what the holo-helmets will do in 15 years.

I realize these are hypocritical words coming from a man who watches movies for a living and who at this moment is ignoring the perfectly lovely snowfall outside his window and his wife in the next room to stare at a computer screen. But the words of my correspondent gall and sorrow me: “To take my normal, unsatisfying life and transform it into that of which cannot be.’’

Oh dear. Who said our lives had to be normal or unsatisfying, or that one had to mean the other? Why not transform it into something that satisfies you, not the bottom line of an entertainment corporation? We get, what, 70 to 80 years on this planet at best? Why waste it on another man’s pixels? Why not take off the glasses and have a look around? It’s real 3-D out there and it’s amazing. 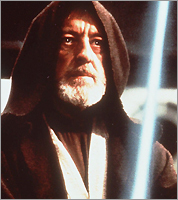 (LUCASFILM LTD./VIA AP) Sir Alec Guinness, who starred as Obi-Wan Kenobi in ‘‘Star Wars,’’ is on record as not wanting fans to become too immersed in the fantasy world of the film.