Will viewers see ‘Avatar’ as it was meant to be seen? 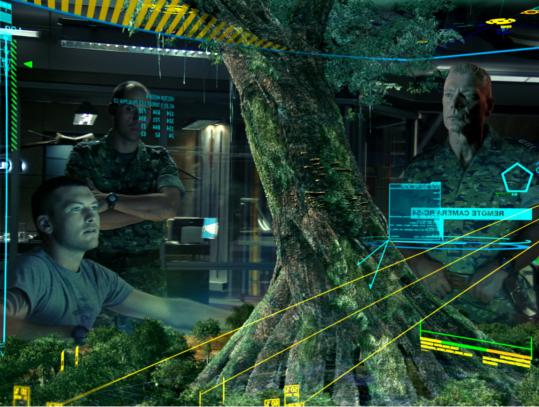 Fifteen years in the works, James Cameron’s “Avatar’’ is finally rolling out to theaters this weekend, but there’s one underreported aspect of this over-marketed 3-D experience that represents a ticking time bomb. What happens if your theater projects the movie wrong?

This isn’t idle speculation. When “Avatar’’ screened for Boston-area critics a week ago Thursday at the AMC Boston Common, the film’s 3-D visuals were noticeably out of kilter, causing image-doubling that made for a surprisingly shoddy viewing experience. A hastily scheduled rescreening the following Monday was overseen by a Fox technician flown in from the West Coast; it resulted in an “Avatar’’ so improved that this critic felt as if he’d seen an entirely different movie and bumped the review he was writing from 2 1/2 to 3 1/2 stars.

That first screening was, in retrospect, a legitimate fiasco, one that would make Cameron’s perfectionist head explode if he heard about it. True, a couple of the 30 or so members of the press saw only some double-imaging on the alien characters’ subtitles. The rest couldn’t stop talking about the “ghosting’’ throughout the film, especially in the background of the live-action sequences. Many of us got up and

moved around the theater in an attempt to resolve the image issues; I tried two or three pairs of the funny glasses and kept tilting my head this way and that. Was it the digital projector? The glasses? Cameron wouldn’t send something this obviously broken out the door, would he?

Turns out it was the projector - and its ability to deal with issues specific to RealD, the company providing the 3-D for “Avatar’’ and other Hollywood hits. Unlike other technologies, RealD’s 3-D process can result in a doubling of image known as “ghosting,’’ which in the past has forced the company to create special “ghost-busted’’ prints before a film (or file, really) is shipped out to theaters. More recently, a projection-based ghost-busting solution has been developed that fixes the digital images on the fly via an add-on to the projector in your local theater. I’m guessing that it was that add-on that wasn’t set correctly in the first screening for the Boston press.

The Fox technician more or less confirmed this when I spoke with him before the second screening. He was vague on specifics; either he felt they were more than my tiny simian brain could handle, or he had no idea what had gone wrong either. Whichever, that second screening was to the first as “Titanic’’ is to a black-and-white silent: a quantum leap in sensory experience.

Afterward, some of the critics discussed how the miscalibrated visuals in that first screening affected everything else about the movie, making the flaws in Cameron’s story line and characterizations loom even larger. It seems there’s a gestalt of movie presentation in general and “Avatar’’ in particular that says: Nail the projection and only then will the magic happen.

This does not bode well for your own experience of seeing the film. For one thing, the Fox guy went home. For another - and not to put a fine point on it - movie projection is downright pathetic in the majority of commercial situations. The AMC Boston Common multiplex is notorious in this regard: The theater’s staff can’t even properly manage focus and sound for press screenings, and if they don’t get it right for the critics, what makes audiences think they’ll get it right for them? (It’s worth noting that the second screening of “Avatar’’ was held at the Regal Fenway.) I especially like the Common’s Theater No. 1, where the top of the screen is in focus while the bottom’s out of whack. Or vice versa. Either way, fix it, guys.

The problem, of course, is that the kid who sells you Junior Mints is usually the same underpaid, undertrained employee who runs upstairs and starts the projector come showtime. Once upon a time there were skilled union projectionists who took pride in their work, but they were run out of New England and elsewhere years ago by the bean counters at the national exhibition chains.

The likelihood, then, is that the machine projecting “Avatar’’ in your neighborhood googolplex is being programmed and run by someone in over his or her head when it comes to new frontiers in exhibition. That means you stand a pretty good chance of seeing that first version of “Avatar’’ rather than the second. And guess what? You’re paying extra for it, too.

Ty Burr can be reached at tburr@globe.com