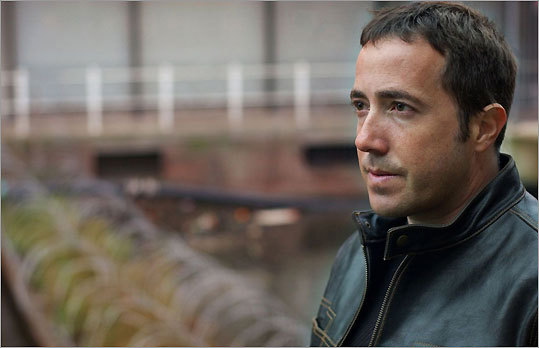 In its sneaky, cheeky way, “Defamation’’ is a mitzvah, an act of kindness. A documentary purporting to be about global anti-Semitism that instead becomes an inquiry into how the specter of “anti-Semitism’’ is used by various factions to deflect criticism of Israeli politics, the film wades airily into a cultural no-flyover zone, sits down, and says: OK, let’s talk.

And talk they do: Anti-Defamation League head Abraham Foxman on one hand and Norman Finkelstein, author of “The Holocaust Industry,’’ on the other. Wealthy American Jews and impressionable Israeli high school students. African-Americans in Crown Heights, N.Y., and old Polish guys visiting the death camps. Israeli filmmaker Yoav Shamir has his own point of view but he wears it openly and lightly, letting his subjects do most of the heavy lifting. The results are provocative, in the best ways, which is to say you’ll have some good, loud arguments on the way out of the theater.

Having grown up in Israel, Shamir says he has never experienced anti-Semitism firsthand, even though the country’s press is full of global wrongs against the Jews. Curious, he heads out with his camera, visiting ADL headquarters in New York and asking for specific instances of anti-Semitism he can investigate.

Most of the cases logged by the ADL turn out to be fairly minor, and many reflect general xenophobia and jerky behavior rather than targeted hate. Are Foxman and others who see resurgent Nazism in every corner crying wolf? If so, to what end?

In its breezy fashion, “Defamation’’ tries to separate the warp of anti-Semitism (i.e., Jews are bad) from the weft of Zionist criticism (i.e., Israel is capable of doing bad things). The first is a wholly untenable position while the second should at least be open to argument, but Shamir sees an unofficial culture of conspiracy dedicated to silencing dissent. Who’s running this show? Right-wing hawks in the Israeli government and American Jews “who are warmongers from Martha’s Vineyard, from the Hamptons, from Beverly Hills.’’ That last quote comes from Finkelstein, whose controversial writings (his latest book is “Beyond Chutzpah: On the Misuse of anti-Semitism and the Abuse of History’’) have lost him a professorship at DePaul and the ability to enter Israel legally, and it dovetails with sequences of Foxman’s wealthy backers, who seem entitled and self-absorbed rather than fanatical.

Shamir still gives Finkelstein a platform while standing at a remove - a heated and humorous interchange between the two on a stairwell is probably the movie’s high point. Unlike many agit-docs, “Defamation’’ wants to get you thinking, and it knows the epithet “self-hating Jew’’ can be used as a club by those who don’t want you to think at all.

That the Chosen People provoke complex and often virulent reactions is obvious, and Shamir doesn’t shy away from it. The very first scene features a cabbie stating categorically that there’s no such thing as anti-Semitism since the world “is controlled by the Jews.’’ The Crown Heights segment starts with young black men pointing out that the NYPD will always come down harder on them than on the local Hasidim, then derails into ugliness as soon as someone cites the fraudulent “Protocols of the Elders of Zion’’ as gospel truth. You want street-corner anti-Semitism? It’s not too hard to find.

But to raise Israelis to define themselves as a nation of victims, “Defamation’’ argues, is a disservice to modern complexities - and, not coincidentally, makes it almost impossible to see any other people as victims. “Who would I like to kill?’’ one Israeli girl tearfully tells Shamir after touring Auschwitz. “All of them.’’ The filmmaker gently asks us to ask ourselves if this is what “never forget’’ should really mean.

In Hebrew, English, and Polish, with subtitles