These kids have plans - business plans 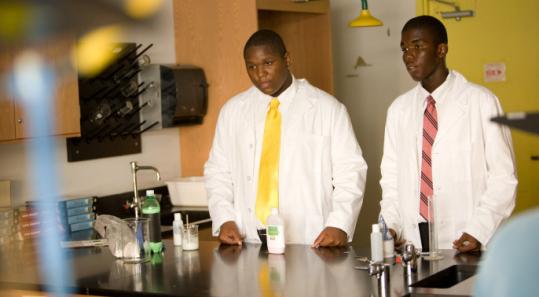 The Network for Teaching Entrepreneurship was founded 22 years ago by Bronx high-school teacher Steve Mariotti upon a few basic notions. Why do so many kids drop out of high school? Because they’re not learning what they need to know. What do they need to know? Business skills. NFTE thus teaches the fundamentals of entrepreneurship through a variety of programs that includes its annual National Youth Entrepreneurship Challenge, in which tens of thousands of kids pit their business plans against each other in a sort of free-market spelling bee judged by CEOs of major companies.

It’s a great idea and about as noble as educational organizations get. The film “Ten9Eight: Shoot for the Moon’’ doesn’t need to tell us that but does so anyway, nonstop, for all of its 85 minutes. Less a documentary than a relentlessly upbeat nonprofit infomercial, the movie has been written and directed by Wellesley-based filmmaker Mary Mazzio, whose previous projects have dealt with the mothers of successful athletes and businessmen.

“Ten9Eight’’ covers the 2008 challenge, focusing on high school students around the country who hope to make it to the finals in New York City. William and Ja’Mal from Baltimore are proposing a hand cream company called J&W Sensations Lotions. Boston’s Shan Shan Huang wants to import cellphone chargers from China. Jessica from Miami has come up with Popsycakes - cakes on a stick. They and other entrants PowerPoint their way through the rounds and get grilled by the judges on hard issues of cost and profits, distribution and shelf life. NFTE seems to understand that the challenge isn’t to get kids to create businesses but to create businesses that work.

In between rounds we hear the contestants’ often moving back stories, many of which involve coping with parental substance-abuse problems. Mazzio’s slick, hyperactive editing style - the documentary equivalent of jazz hands - robs these sections of much of their punch, though, and the intrusive inspirational music stays in the same pitch from the first frame to the last. Where a nonfiction film like 2002’s “Spellbound’’ or the recent “Heart of Stone’’ is content to observe and let us draw our own conclusions, “Ten9Eight’’ manipulates its subjects and its audience into a state of banal, exhaustive feel-good, to the point where you can actually hear Mazzio feeding lines to one of the kids from offscreen.

That approach may be great for community spirit but it’s hell on documentary truth. Still, if “Ten9Eight’’ brings NFTE to the attention of you, your child, or your school administrator, that’s probably all that matters.

TEN9EIGHT: Shoot for the Moon

Written and directed by: Mary Mazzio