From an early age, Peary has critiqued critics 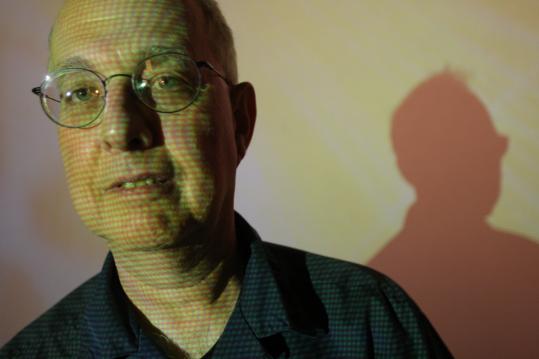 Gerald Peary has spent a lifetime watching movies. Now he’s made one - about people who watch movies.

The longtime Boston Phoenix film writer, who’s also senior professor in the film program at Suffolk University, has written and directed “For the Love of Movies: The Story of American Film Criticism.’’ The documentary starts a five-day run Wednesday at the Museum of Fine Arts. It includes interviews with more than two dozen contemporary film critics (among them the Globe’s Wesley Morris), as well as looking back at such classic practitioners as James Agee and Manny Farber and the quasi-theological schism between followers of Andrew Sarris and Pauline Kael.

Peary, 64, spoke last month about the film and film criticism.

Q. So take us through your early moviegoing.

A. I like to say I was a child auteurist. Almost all the movies I really loved turned out to be made by great directors. Somehow I had this ability to discern mise-en-scene without knowing what it was. So my favorite first films were things like Howard Hawks’ “Land of the Pharoahs,’’ Nicholas Ray’s “Rebel Without a Cause’’ and “Johnny Guitar,’’ and the big one of all, which was [John Ford’s] “The Searchers.’’ When I was 11 years old I saw it four days in a row and that was instantly my favorite movie, and still is.

Q. How did you get the idea for the documentary?

A. I’d done some story editing on various people’s films, including a filmmaker named Ron Mann. He’s done “Twist,’’ “Comic Book Confidential.’’ He’s a Toronto documentarian. Ten or 11 years ago, he said over lunch, “What movie would you really like to make?’’ So I had the obvious answer, “A film about barbecue!’’ I still want to make it. He just sat and said, “Nah, I have a better idea. Why don’t you make a film about film critics?’’

I then said, as I would many times in subsequent years, well, how do you make a film about film critics? There’s nothing cinematic about them. They do absolutely nothing except they walk into a movie theater, walk out of a movie theater, sit at their computers, and write reviews.

Q. Do you remember the critics you read growing up?

A. I have always been an avid reader of critics and still am. I can remember picking up an issue of Cue magazine, in New York, with an article by William Wolf about this movie called “A Face in the Crowd.’’ I was only about 12. After that, I read Hollis Alpert and Arthur Knight, in Saturday Review. The next person who was important to me was Dwight Macdonald, in Esquire. From him, I read about Antonioni, Fellini. The next thing - the big moment for me - was when I was getting my master’s at NYU, in ’65, ’66: The Village Voice. That’s when Andrew Sarris was writing. Molly Haskell was writing early feminist criticism. Stuart Byron was writing gay criticism.

Sarris knocked me out. I always say that my Proustian moment was going into the New Yorker Bookstore, on 88th Street. I’ll never forget this. There was a little rack of used film periodicals, and there was the issue of Film Culture with Sarris on “The American Cinema.’’ I was thunderstuck.

Oh, and James Agee. My other big discovery was “Agee on Film.’’ So I went from Macdonald to Agee to Sarris.

Q. How hard was it raising money for this project?

Q. How hard was it coming up with the final roster of critics?

A. There’s quite a group of critics who feel bad they aren’t in the movie. What I tell them - and it’s the absolute truth - is this is a low, low budget movie. And if you were where we were filming, we would have filmed you. And if you weren’t, we couldn’t. I love the critics we have in the film. But, honestly, there are 20 other critics who could just as well be in the film.

Q. Did making the movie change your view of criticism at all?

A. Maybe the only thing that’s changed is I have far, far more respect for Web critics than I did. I’ve found some extraordinarily articulate young people [there]; and the more I read on the Web, the more it’s obvious there are people who can’t find places in print but are really good writers.

Q. How do you see the Web affecting criticism?

A. I think getting all the space you want but doing it for free, that’s bad. The biggest problem with the Web is that there are so many critics nobody on the Web has any major influence. For me, one of the most important things about being a film critic is not just to hear your voice but actually to influence people and get them to go to a movie you’d like them to see. I don’t think the Web manages to do that.

Q. You say in the film that criticism is a profession under siege. Is it a dying art?

A. I hope not. I keep talking to people to find the proverbial light at the end of the tunnel. The one theory some people have - and I’m not sure I believe in this - is the Web will shake out over the next two or three years. Lots of the phony writers, the trendy writers, the bad-faith people writing film reviews - and there are a lot of those - will just get bored. They’ll play in a sandbox somewhere, and the people who really want to write about film will remain and start to get larger and larger audiences.

Q. If the movies were better would critics be in a better position?

A. It just seems right now the vast, vast majority of the populace doesn’t really care about either good films or good film reviews.

Q. Whose review of the movie would you most want to read? It can be anyone, living or dead.

A. This will be the time for Pauline [Kael], I guess. I would really love to hear what Pauline would have to say about the movie. That would be fantastically interesting.

Q. I noticed that, in talking about your influences, you didn’t mention her.

A. She’s the next one, after Sarris. Several years later I read [Kael’s] “I Lost It at the Movies,’’ which also blew my mind. Obviously, her sexy use of language, her making movies so frigging exciting, was lovely, lovely stuff. She’s the greatest stylist ever. I relish the day when film critics had that kind of influence. I wish that were back.

Q. Your film is explicitly presented as being about American film criticism. Would you, in a director’s cut, have wanted to bring in French, British, other critics?

A. If I could have my dream next movie, I would actually like to make it about British film criticism. I’ve talked to people at BFI [the British Film Institute]. But no one seems to be calling me back on that documentary.

Q. So if Hollywood bought the rights and made a feature film version, who’d play Kael, who’d play Sarris, and who’d play you?

A. I actually thought at one point of writing a screenplay, unconnected with this film, called “Critics in Love.’’ Which was a kind of screwball comedy with Sarris and Kael. At some point, Elaine May and Walter Matthau might have been good to play them.