Out-of-this-world effects for only $30m, but how? 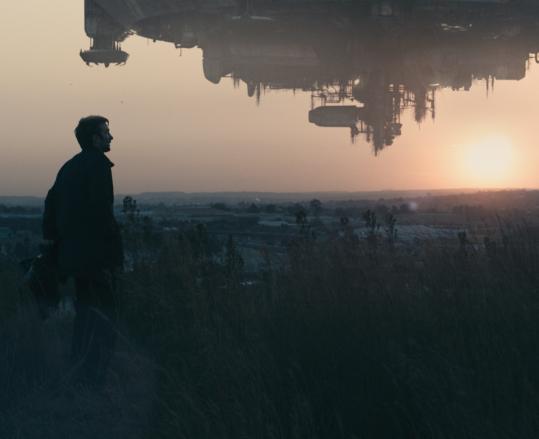 HOLLYWOOD - For anyone who follows Hollywood’s behind the scenes machinations closely, “District 9’’ isn’t just a surprisingly thoughtful sci-fi standout in a season characterized by big, dumb studio tent-pole movies. It’s a revelation.

The movie arrives as a king-making debut for its writer-director, Neill Blomkamp, who isn’t yet 30 and who up until its release had no feature film experience, save for a scuttled attempt to adapt the video game “Halo’’ to the screen. Arguably the most startling thing about “District 9’’ is that it cost only $30 million to produce.

Compared with the bloated price-tags on so much Hollywood fare, that seems almost preposterously low - especially when you consider the biological makeup of its primary characters: a gasp-inducing species of Bigfoot-sized, exoskeleton-sheathed aliens who are called “prawns’’ in the film by the disgruntled South Africans among whom they live.

Moreover, none of the panoramic shots of a massive spacecraft stranded above Johannesburg or its impressive array of high-tech extraterrestrial weaponry, platoons of armed soldiers, fleets of helicopters or military vehicles looks particularly cheap.

“For the type of film it is, with 600 CGI [computer-generated imagery] shots, every dollar is on the screen,’’ said Peter Jackson, the executive producer.

Speaking to Blomkamp, an award-winning commercials director and visual effects creator who began making FX-heavy short films as a young teen, it had to be asked: Just $30 million? Really? How?

First was using the cinema verite quality that propels the movie’s fake documentary framing device to his advantage.

“Because of my background, I know what I can get away with,’’ he said. “If we had done R&D [research and development], it would have been $50 million right there. But we set out to work with digital creatures, lighting and compositing environments that are conducive to something photo real. My stuff tends to be [computer generated] in very harsh light, like sunlight. Harsh shadows. It feels real. Sometimes it’s easier to make stuff look photo real in that environment.’’

Then there is the film’s absence of marquee names. As his lead, Blomkamp hired Sharlto Copley, a journeyman South African filmmaker and media figure with whom the writer-director has been friends since high school.

Principal photography largely took place last summer in one of Soweto’s poorest neighborhoods, Chiawelo, just miles from where riots were breaking out at the time - violent clashes between impoverished black South Africans and Zimbabwean refugees. Nonetheless, Blomkamp employed locals as extras in an effort to bolster the neighborhood’s economy.

“These were seriously impoverished people. Destitute people. The township alone had 70,000 people. But if you hire different groups each day, you get that money into the community,’’ he said.

But Blomkamp admitted the rental of military hardware for the film, helicopters and armored personnel carriers called Caspers, accounted for the largest part of the project’s overhead. Producers borrowed vehicles from the United Nations that had already been earmarked for humanitarian missions in Africa and South Asia.

“I was very specific about what kind of choppers I wanted and a tank from the apartheid-era, which is hands down the craziest-looking vehicle known to man,’’ Blomkamp said. “But the military turned us down at the last minute.’’

“We found a chopper and you’ll notice the Caspers are painted white because they were both being used by the UN. They were in rotation from South Africa to Sudan because they’re being used as de-mining vehicles. The choppers were being used for relief from the Pakistan earthquake.’’

Blomkamp’s resourcefulness in keeping his debut feature’s price down has made him something of a hero at a time when “under promise and over deliver’’ has become a kind of mantra in the film industry. It has also won him new fans from among the ranks of movie critics.

“I can’t wait to see what Blomkamp does next,’’ Scott Foundas wrote in LA Weekly, “and I very much hope he gets even less money to do it.’’