An over-the-top look at films from down under 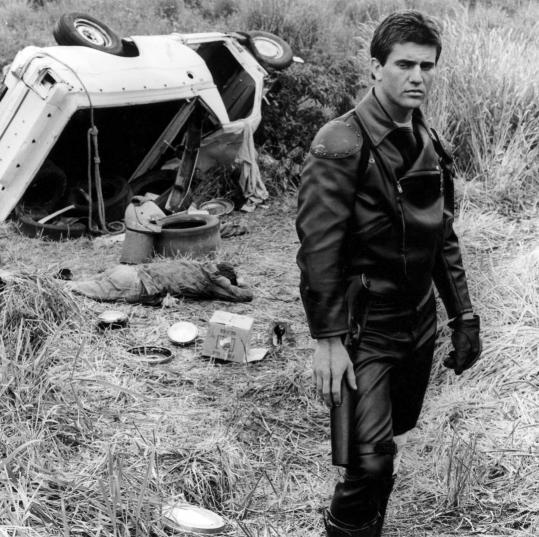 Mel Gibson in "Mad Max," one of films discussed in "Not Quite Hollywood." (City Wide Films)
By Wesley Morris Globe Staff / August 21, 2009

Mark Hartley’s documentary “Not Quite Hollywood: The Wild, Untold Story of Ozploitation’’ flings an abridged history of Australian exploitation movies at the screen. It’s as slickly enjoyable as anything you’d see on VH1. The movie’s been done in the giddy, tacky spirit of the cinematic sensationalism it seeks to explain - Ozploitation. Jiggling breasts, spilled blood, candy-colored inter-titles, John Holmes’s entire penis. The casually lewd director John D. Lamond conducts his interviews in a leopard print Barcalounger while behind him a woman at a pole conducts some business of her own. (As it turns out the title is the film’s only show of understatement.)

Hartley and his dozens of interviewees lay out the Australian film boom that peaked in the 1970s and 1980s. They argue, in part, that it was a reaction against the British and North American movies, like Ted Kotcheff’s 1971 thriller “Wake in Fright’’ (né “Outback’’) that made the country and its people appear nuts. Australian directors, like the sorely underappreciated Brian Trenchard-Smith, sought to set the record straight: You don’t know the half of it. The ensuing cinema created a steady parade of porn, splatter, schlock, and trash that spawned the Australian censorship board, which several interviewees swear is the most repressive, to enforce R ratings.

“Not Quite Hollywood’’ is actually at its most entertaining as a collection of enthusiastic production memories. Having seen the 1974 Dennis Hopper vehicle, “Mad Dog Morgan,’’ at a drive-in as a kid, I can only imagine the murderous feelings he inspired in the crew. Hartley gathers the moviemakers, including Hopper, to confirm that. The only star about whom more bad things are said is Jimmy Wang Yu, who costarred with a very post-007 George Lazenby in 1975’s “The Man From Hong Kong.’’ The movie gets into issues of why, problematically enough, so many Australian productions starred so few actual Australians (who can forget Stacy Keach and Jamie Lee Curtis in 1981’s “Rear Window’’ knock-off, “Roadgames’’?) and introduces the unfamiliar to the certifiably death-proof stuntman Grant Page. You can see how a director like a young Peter Jackson learned to make movies.

This is as insightful a glimpse into a country’s cinema as you’re likely to see at this running time. “Not Quite Hollywood’’ gets lost in the making and meaning and promotion of other films. The professors are the men and women who made them, the depressingly humorless critics who panned them, the geeks, like the indispensable Quentin Tarantino, who worship them. Even the future hacks who strove to honor them by ripping them off, hacks like James Wan and Leigh Whannell, who launched the “Saw’’ franchise (they are, indeed, Australian).

Listening to these two talk with glee about how they stole from “Mad Max’’ made me sad. Nobody makes bad movies this good anymore. Even if it did feel Australian, “Saw’’ might hang on the same family tree as, say, 1974’s vicious biker nightmare “Stone,’’ Tony Williams’s Kubrickian lost classic, “Next of Kin’’ or the truly scary “Patrick.’’ But “Saw’’ and movies like it have a cynical polish that snuffs out surprise. In “Patrick,’’ when the comatose killer lunges at two people out of his hospital bed he still practically jumps through the screen.

NOT QUITE HOLLYWOOD: The Wild, Untold Story of Ozploitation Written and directed by: Mark Hartley

Rated: R (graphic nudity, sexuality, violence and gore, some language and drug use)