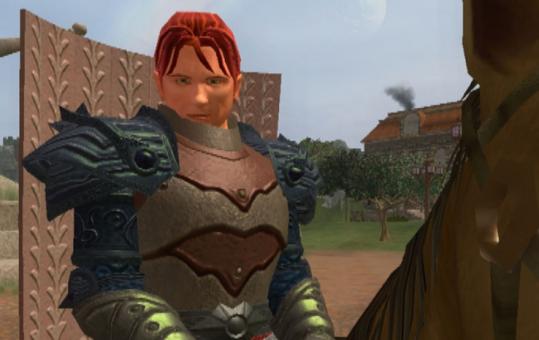 The film tracks devotees of Everquest and other games.
By Joel Brown Globe Correspondent / August 14, 2009

Don’t expect “Second Skin’’ to shatter stereotypes about computer gamers. The documentary spotlights devotees of epic online multiplayer games like World of Warcraft and Everquest. No surprise, they tend to be junk-food lovers considerably less swashbuckling than their online avatars. The players spend countless hours in the digital realm, literally turning their backs on the physical world. And their most intimate friendships begin online.

The film, which debuted at South by Southwest last year, focuses on three main stories. A close-knit group of 20-something Indiana gamers face growing up - and growing apart. A couple from different parts of the country travel to try out their in-game relationship in the real world. And a blue-collar game “addict’’ goes into rehab to try to put his life back together.

There is a certain Judd Apatow-style bromantic charm to the Indiana guys’ reactions as one gets married and another becomes a father. Some viewers may also enjoy the reality-TV-style schadenfreude of watching the long-distance couple’s relationship turn testy in close quarters.

But most of the movie’s revelations will be old hat to anyone who’s paid modest attention to pop culture for the last 10 or 15 years. Gamer idiosyncrasies long ago filtered down to sitcom and cop-show scripts.

The game addict in the movie seems just like any other type of addict you’ve seen profiled, right down to the shabby house and tough-looking dog. His rehab “counselor,’’ however, is the most interesting person in “Second Skin.’’ She’s a devout Christian and recovering alcoholic obsessed with the dangers of gaming. Director Juan Carlos Piñeiro Escoriaza carefully parcels out her story until its shattering conclusion.

This is a well-made film that will seem revelatory to moviegoers unfamiliar with the huge, worldwide gaming culture. They’re going to be pretty hard to find, however.