Film perks may be shortchanging the state 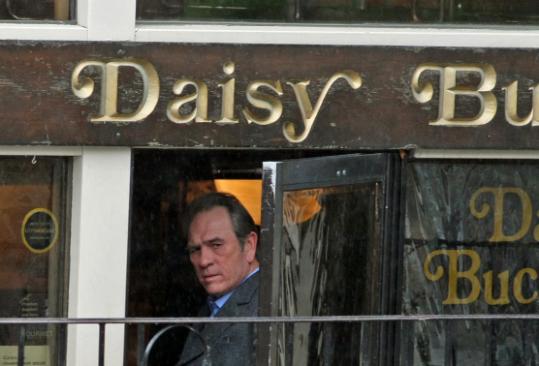 More than three years into a state program that awards lucrative tax incentives to lure filmmakers to Massachusetts, a new report by Governor Deval Patrick’s administration concludes that taxpayers are not getting their money’s worth.

The report, which the state Department of Revenue released yesterday, says that Massachusetts is getting only 16 cents for every dollar the state spends on the incentives, and that much of the benefits from the program are going to out-of-state companies and workers.

Enacted in 2005, the program effectively underwrites a quarter of filmmakers’ production costs, in hopes that the movie industry will in turn hire Massachusetts workers and generate economic activity in the state. But the report indicates that many of the jobs are temporary, and that the state isn’t getting anywhere near its money back on its investment.

The state handed out about $166 million worth of tax credits to 267 projects from 2006 through 2008, according to the report. The state is set to spend nearly $100 million more on 30 projects in the works, the report says.

The tax program has fueled a debate - and one with serious political implications - within Patrick’s administration over whether the tax credits are wasting taxpayer money or planting the seeds for future economic growth.

Critics say the incentives give huge tax breaks to wealthy Hollywood moguls and movie stars who hardly need the help. But the program has support from powerful Beacon Hill lawmakers, including Senate President Therese Murray and House assistant majority leader Ronald Mariano, both of whom are hoping to bring large, permanent soundstages to their districts. The projects together would cost close to $600 million, but their construction hinges on the continuation of the film tax credit program, Murray and Mariano say.

“This is like the seeding,’’ Murray said. “You have to look at the bigger picture.’’

But critics, citing other states’ experiences, have seized on the report, saying it confirms their fears that Massachusetts is giving away money at a time of fiscal crisis, when vital services are being cut.

“We are essentially becoming co-producers with the Hollywood moguls,’’ said Enrich, a former top official in the Dukakis administration.

What direction Patrick will take is not clear.

His top fiscal adviser, Leslie Kirwan, the secretary of administration and finance, who oversees the Revenue Department, is pointing to the agency’s findings to raise questions about the benefits of the tax credits, according to administration officials.

But Patrick’s economic development staff counter that the incentives have helped generate hundreds of millions of dollars in economic activity, and will help create a vibrant, permanent film industry.

“It’s wrong to ask whether it’s worth it based only on short-term results,’’ said Gregory Bialecki, the secretary of economic affairs. “The right question is, is it a better long-term investment?’’

The debate among Patrick’s aides has created unease among those hoping to see a film industry gain a foothold in the Massachusetts economy.

“We’re getting a mixed message from the administration,’’ said Mariano, a Quincy Democrat who is trying to persuade investors to build studio facilities at the former South Weymouth naval air station. “The fiscal folks are telling the governor one thing, and the development people are talking very differently.’’

Last month, Mariano and other lawmakers prevailed upon Patrick to back off his push to cap, at $2 million, the amount of salary that qualifies for the tax credit. Hanging in the balance, according to lawmakers, was production of a Tom Cruise-Cameron Diaz movie, “Wichita,’’ which is set to starting filming here. The movie is poised to be the biggest film ever shot in Massachusetts.

For the governor, the debate carries political implications, in part because of the interest that Mariano and Murray have in the construction of film studios in their districts.

Patrick’s relationship with Murray, which has been fragile at best, was recently strained further when the administration last month rejected a request by Plymouth Rock Studios for a $50 million bonding subsidy for road, water, and sewer construction. The Plymouth studio is looking to build a $400-million complex and says it will eventually create as many as 4,000 jobs.

Murray has voiced support for the investors in her hometown. Her top political adviser, Kevin O’Reilly, this year took a job as Plymouth Rock’s vice president for government affairs. For the past year, he had been a consultant to both her campaign committee and the investors.

The controversy over the tax breaks reflects what is happening around the country. States are in a fierce competition to lure movie producers; some are enhancing their credits in efforts to outbid one another.

“It’s an absurd race to the bottom, and one which we can’t win,’’ said Representative Steven J. D’Amico, a Democrat from Seekonk. “They are a Trojan horse that backs us into a permanent entitlement for a highly profitable industry.’’

Michael Widmer, president of the Massachusetts Taxpayers Foundation, a business-funded watchdog group, added, “The Hollywood stars and famous directors come to town and the normal critical eye given most credits goes by the boards.’’