'Pelham' stays on track for almost the entire ride 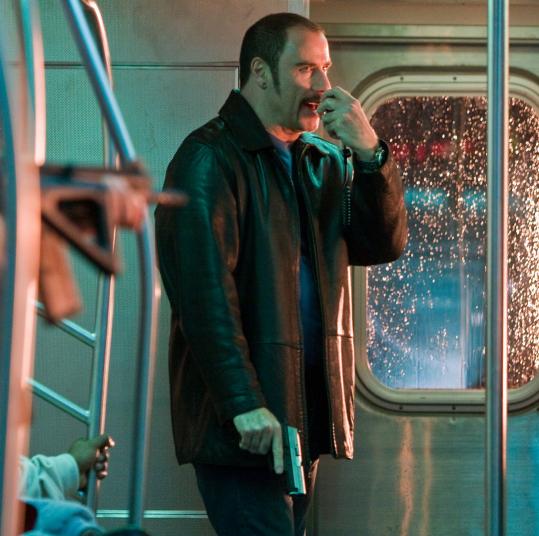 Once upon a time, in a land called the early 1970s, New York City was a hole. A bankrupt, dirty, cynical, exhausted sewer of urban blight, light years away from the city's current status as shiny tourist destination. There were movies made about this New York - "Dog Day Afternoon," "The French Connection," "The Out of Towners" - and one of the best, if least remembered, was 1974's "The Taking of Pelham One Two Three," about the hijacking of a subway train and the MTA dispatcher (Walter Matthau) who tries to stop it.

As Matthau was the rumpled, wiseass personification of that long-vanished New York - he had a face like the bottom of a Florsheim shoe - Denzel Washington functions as the soul of the new city in Tony Scott's remake, "The Taking of Pelham 1 2 3." His character, Walter Garber, is ethnic and outer borough, decent, flawed, unflappable. He's one of the thousands of men and women who make the giant metropolis run almost in spite of itself, and he understands the weight of that and how, at the end of the day, it's no big deal. Walter anchors this movie like a rock.

By itself, the new "Pelham" is a solid, suspenseful tale all over again, so long as it stays in the subway tunnels and airless offices of the transit department. It expands the cast to include a few new faces and brings on some of our better Noo Yawk genre actors to play them: John Turturro, as a capable hostage negotiator and, gloriously, James Gandolfini, as the mayor. (I'm assuming Steve Buscemi was vacationing out on the Island.)

For all that, "Pelham 1 2 3" is a film conceived and written in Los Angeles and directed by an Englishman, and as soon as it comes up for air, it's about as New York as "Top Gun." That may not matter to you, but it does play the material false. As originally written by novelist John Godey, "Pelham" is a story about a criminal mastermind brought low by a burned-out civil servant just doing his job between the egg creams.

The criminal mastermind, who calls himself Ryder, is played by John Travolta like a dog worrying a large slice of ham. Ryder has taken the 6 Train (it leaves Pelham in the Bronx at 1:23 p.m.) with a trio of accomplices - two (Victor Gojcaj and Robert Vataj) are big and mean, while the third is a disgraced MTA motorman played with ferrety verve by Luis Guzman (it's the old Martin Balsam role from the original, down to the hat). Ryder issues a demand: $10 million in an hour or one passenger dies per minute.

This scenario has been updated with some modern flourishes (one of the passengers communicates with his girlfriend via laptop video chat), but the basic setup is simple and foolproof, and screenwriter Brian Helgeland ("L.A. Confidential") doesn't mess with it. As the city's top brass assembles in the dispatch room, the film becomes a war of nerves, conducted over the radio, between Garber and Ryder. The latter insists on dealing only with Walter, who's under a cloud of MTA investigation, because he senses a kindred soul - another guy dealt a bum hand by the Big Apple. Travolta goes over the top early and often, giggling like Richard Widmark in an old film noir and revealing Ryder's needy, childish psychosis. The performance is too much, and that's the fun of it.

"The Taking of Pelham 1 2 3" tries to take the measure of a subway hijacking in post-9/11, post financial-meltdown New York and at times does it very well, zipping around the city and occasionally pulling back for the satellite view: filmmaking by Google Earth. It's at its best, though, in the transit office byplay between Walter and the worried functionaries crowding behind him. Gandolfini is a particular delight as a political top dog with Ed Koch's political savvy, Mike Bloomberg's cool, and Rudy Giuliani's domestic problems (and of course Tony Soprano would make a fine mayor).

Washington, for his part, doesn't overplay his role. That's what Travolta's doing and, anyway, Walter is a man who has seen it all and here's merely today's worst-case scenario. The film doesn't need to turn him into a hero - he already is one - but Scott knows he has a summer audience to feed, and so the last third of "Pelham" becomes a demolition derby in the streets of the city, with Walter packing a gun like a real movie hero. Matthau just packed a sneer, and that was enough.

The final act strains believability: characters popping out of sidewalk gratings right next to the people they're chasing through midtown Manhattan and so forth. It's all headed for a showdown that's geographically specific and dramatically vague, as though the limo were waiting off-camera to spirit Scott and his crew back to the airport. Say what you will about the original "Taking of Pelham One Two Three" - the movie's pokey and dated by today's standards - but its climax was electrifying. Scott's train, sadly, loses its juice well before it reaches the station.

THE TAKING OF PELHAM 1 2 3 Directed by: Tony Scott

Written by: Brian Helgeland, based on a novel by John Godey