Crips and Bloods: Made in America

A gang mentality for no good reason 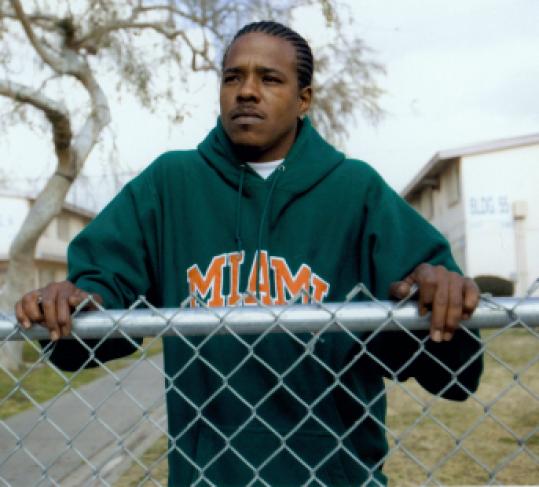 Stacy Peralta's documentary "Crips and Bloods: Made in America" means well, I suppose. It sits one or two academics down in front of a vibrantly graffitied wall and lets them explain the provenance of Los Angeles's gang wars. It permits community activists and "gang interventionists" to say a word or two. And the montage of people who've lost someone to gang violence is touching, as each stands before a similar vibrant background and fights back tears. To this the film adds somber narration by Forest Whitaker.

But for every somewhat intelligent thought about black power and every angry remark about the double scourge of drugs and racism, there is the movie's own scourge: a steady stream of what must be hundreds of gang photos. The pictures keep coming - black men with bandanas over their faces, with teardrops tattooed below their eyes, crouching, their fingers and hands fixed in the palsied contortions we've come to know as the gang sign. These photographs look old, from an era when rap music was still urgent and dangerous.

The photos also look authentic and personal - like someone with a bandana and gold fronts took them of his friends. How they came into Peralta's possession is unclear, but they come in flurries amid all the teary eyes, outrage, and talk of history, that last largely courtesy of Josh Sides, a fratty-looking professor whose book on blacks in Los Angeles appears to be the only one the filmmakers have read. The photos fade in and out of view, like a slide show, while a cheap beat stutters on the soundtrack. This is not the stuff of reasonable documentary filmmaking. It's what happens when you arrive at a MySpace page.

Peralta has made other nonfiction films. His previous two focused on skate culture ("Dogtown and Z-Boys") and surfing ("Riding Giants"). Those were well within his professional ambit; Peralta is a legendary name in board sports. Gangs are another matter. He stands off-camera as the men justify their vocation with received wisdom ("It's kill or be kilt"). Peralta listens, but the tough questions go unasked. "Did you have a normal childhood?" is the best he can do.

The role gangs play in the drug wars never comes up. The role they play in the fashion wars does - one photo shows a gangsta ironing his jeans. Drugs, we're told, have made junkies of so many mothers. Those women had babies with men who are now missing. What else is a kid to do besides shoot other kids? The movie tries to say something cogent about how South Los Angeles became a war zone. But sensationalistic overproduction sullies all. (When is a sniper's target positioned in front of Martin Luther King's head followed by a "blam!" ever necessary?)

The film seems afraid or incapable of locating the men behind the bravado (they can't even spare a real name) or what the city is doing to curb or, if you're so inclined, foment the violence. "Crips and Bloods" hasn't been made out of moral anger or a sense of conspiracy. As matters of journalism, sociology, and humanitarianism, the movie is incurious at best. At worst, it's a recruitment video.

CRIPS AND BLOODS: Made in America Directed by: Stacy Peralta

Written by: Peralta and Sam George