In Hollywood, where everybody grabs at success, Sudbury's Chris Evans has made it to a starring role in the new film 'Push' - and he doesn't mind saying what it took to get there 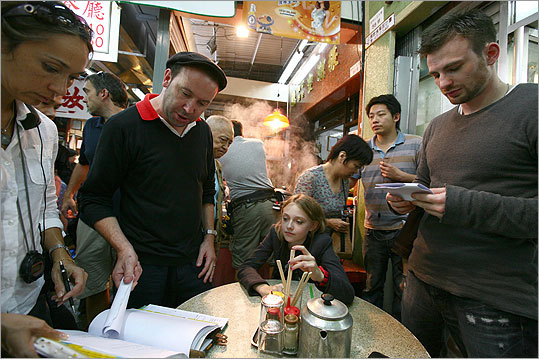 That's exactly how the Sudbury native likes it.

"I think when I first came out here I was very hungry to get to the top," says the actor, who stars as a young telekenetic on the run from authorities in "Push," opening Friday. "Now I'm kind of at this middle road, and I'm looking around like, isn't life pretty much as great as I want it right now? If you get too far, there's no off switch. Once you're Brad Pitt, you can't not be Brad Pitt."

At 27, Chris Evans is the model of how to go from being a high school drama geek to claiming status as a successful working actor. While his career hasn't necessarily exploded yet, he's had a critically acclaimed turn as an astronaut-slash-engineer in Danny Boyle's "Sunshine," and a commercial windfall as the human torch in "Fantastic Four" franchise - notches on a resume that anyone aspiring to work in Holly wood would envy.

How did Evans get to here from there? At the beginning of his career, he paid his dues in some barely seen films.

"Luckily, my first couple of movies were really terrible," he says. "There was 'Not Another Teen Movie' not a blockbuster, and then 'The Perfect Score,' which was gone in a New York minute, and then I did a movie called 'Cellular,' which was gone, then 'Orphan King,' which never even made it to theaters.

"Your first movie, you think, 'This is it! Look out world!' And then you're like, 'Oh. . . back to the drawing board, I guess.' And then three or four times in you're like, 'All right no one sets out to make a bad movie, but there are a lot of them.' "

Evans is not one of those leading men whose ego you have to stroke. In fact, he won't let you. Complimented on his performance in "Sunshine," he credits director Boyle: "He could make this coffee cup give a brilliant performance." Congratulated on the natural relationship he shares with costar Dakota Fanning in "Push," he says, "Dakota is unbelievable. She could be acting with a sneaker."

While Evans and Fanning indeed demonstrate a real connection in "Push," the movie itself is a bit uneven, and Evans is the first to admit it. With compelling action sequences and charismatic actors, "Push" is a respectable popcorn flick, but its story has trouble hanging together.

In the film's own production notes, Evans is quoted as saying, "We're not sending any deep messages. This is a pure entertainment film, like a lot of my favorite movies."

While Evans is careful not to say anything specifically negative about "Push," his shrug and tone suggest that he's chalking this one up to experience. "This process was one where I had to learn a little bit. It was the first time I've ever worked on a movie where there was no rehearsal, and that just felt crazy to me. But. . . everyone likes to do things differently, and you've got to be ready for that."

Evans says he has learned that the key to turning in a performance he's proud of lies in trusting his director. "At the end of the day, you're handing your performance over. And so if a director says, after a take, 'You know what, try it just really angry. Just get furious.' And you're like, 'Well I don't know if I want to give you that, because I don't know if I trust what you're going to do with it."

The director Evans has trusted completely so far is "Sunshine" director Boyle, who has been receiving accolades this year for his work on "Slumdog Millionaire." Evans attributes the performances Boyle gets out of his actors to rigorous rehearsal. "He's a theater guy, and the actors he hires are all of the mind-set that preparation is the key. We were in London about a month before we started shooting and we ran it every day, like a play. . . . I got to the point with Danny where he could've been like, 'Do the next take in Spanish,' and I would've been like 'All right, I will do that Danny, I trust you so much I'm ready to be vulnerable and explore and take risks.'

"Danny Boyle's a ninja. I don't know if I'll ever have a better performance, he's just so good," Evans says.

Evans is brimming with anticipation for his next project, "Scott Pilgrim Vs. the World," which co-stars Michael Cera and will be directed by Edgar Wright, late of "Shaun of the Dead" and "Hot Fuzz." "I would trust [him] with my finances; I would trust [him] to organize a party. He's just smart. I can't wait. . . to give [him] whatever [he] wants and let [him] run with it and then hopefully kick out a good product. It's an exciting process to feel safe."

Film sets aside, the place Evans feels safest is at home in the Boston area where he has extended family. His uncle is US Representative and former mayor of Somerville Michael Capuano. Growing up, he performed at the Concord Youth Theatre - his siblings are also alums, and his mother is now the artistic director - and was obsessed with going to games at the Garden, eating pizza at Leone's, and sledding in Sudbury. And let us not forget seeing nature films at the Museum of Science's Omni Theater. "I haven't been in like five or six years, so maybe the screen isn't even that big, but I remember it being huge. They always have such great movies. 'Polar Bears'! Or 'Deep Caves!' "

Last year, Evans got to settle back into his old ways when he took a three-month sabbatical at his childhood home. "No one talks about movies, and no one [cares] about acting, and they'll give it to you straight," he says of connecting with his old circle of friends. "You come out [to LA], and every single conversation you have at a nightclub is, you know, 'Hey, I saw your trailer! What are you working on? You know what I saw? You know who I met? You know who knows you?' "

While Evans is pushing ahead in his career, he's careful to stay grounded. "[Acting success] will never be the thing that dictates my levels of happiness or sadness, " he says. "It's my passion, and I love doing it, but my happiness is not going to be defined by my career. . . . It's a slippery slope. So you've gotta do gut checks every now and then." 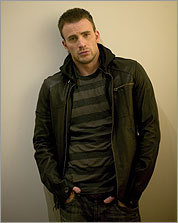