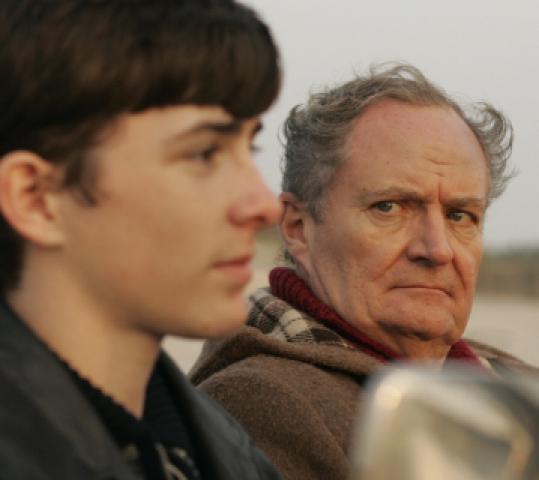 Woe betide the child whose parent is both embarrassing and mortal. "When Did You Last See Your Father?" adapts British poet Blake Morrison's 1993 memoir of generational conflict into a thin, formulaic father-son drama. It may be powerful in direct proportion to the emotions and memories each viewer brings to the table, but on its own the film's upper lip remains much too stiff.

After a childhood recollection of the godlike stature of Arthur Morrison (Jim Broadbent), a local doctor who's the life of every party and who likes to cheat "in small ways," Anand Tucker's film jumps ahead to the modern day, when son Blake (Colin Firth) is a grown, successful man of letters. The news of his father's terminal cancer sends the son into a spiral of mixed emotions, and he tentatively returns home to reconcile his anger before it's too late.

Flashbacks to Blake's teenage years (when he's played by an interestingly broody young actor named Matthew Beard) establish how hard it is to live with an all-smothering father. Arthur's the sort of pushy, unstoppable boor who flirts with girls the shy Blake likes and who mocks his son's nascent literary pretensions. Worse, he never, ever stops. The boy cringes, and we cringe with him.

The modern-day sequences are less convincing, though, and casting and directing have everything to do with it. Firth, the dreamboat of a million Jane Austen fans for his Darcy in the BBC "Pride and Prejudice," plays Blake's crisis as emotional constipation. As Arthur lays dying - and the film is good about putting across the smell of the sickroom - the son's frozen face rarely conveys the contradictory passions raging inside. The performance is composed primarily in the key of mope, allowing time out to reconnect with the working-class housekeeper (Elaine Cassidy) who took Blake's teenage virginity.

A main character who shuts out the world - and the audience's sympathy with it - may be true to many men's reaction to a parent's death, but it doesn't give us much to work with. Nor does Tucker's smoothly obvious direction pick up the slack by framing Blake's seize-up in meaningful ways (other than too many mirror shots reflecting the hero's conflicting sides). By the time his wife (Gina McKee), stuck in London with their children and fed up with the long-distance chill, calls Blake "a complete bastard," you're inclined to agree.

That's unfortunate, because the flashback scenes are pretty good. We see Blake's rightful loathing of his father, and we also see that the boy's a bit of a prig. We understand how Arthur might be impossible to live with and still not be the castrating monster his son fears. Broadbent, that gentlest of character actors, makes the father deeply aggravating while keeping him likable - another reason the modern-day sequences wobble out of balance.

Because it's a father-son story, the film's women recede into the background. This constitutes a tragic waste of Juliet Stevenson ("Truly, Madly, Deeply") as Blake's sweet, dowdy mother, and personally I think Scotland Yard should investigate. The real Blake Morrison has written a memoir about her as well ("Things My Mother Never Told Me," 2002). Here's a suggestion: Keep Stevenson, scrap everyone else, and start fresh.

When Did You Last See Your Father?

Written by: David Nicholls, based on the book by Blake Morrison