Shlock and blood flow in 'Mother of Tears' 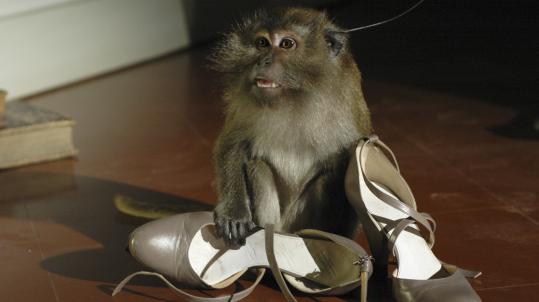 A reader recently wondered why I continue to review horror films if don't like them. But it was never a question of my liking them (I do). It's a matter of too few of them being made by the Italian director Dario Argento. His new bloodbath, "Mother of Tears," traverses the same trashy terrain as the average horror movie. It begins with a lot of stock satanic imagery, ye olde demonic choral chanting (complete with a voice that hisses, "moootherrrr"), and the words no opening-credits sequence is complete without: "And Udo Kier."

But the average horror-thriller seems average only because - starting with 1970's "The Bird With the Crystal Plumage" and culminating with 1975's "Deep Red," 1977's "Suspiria," and 1982's "Tenebre" - Argento set a standard a lot of moviemakers are desperate to surpass. It's not simply that he's crazy about gore and supernatural hokum. It's that he understands that storytelling is both an art and a craft. His filmmaking carries you along on the illusion of effortlessness; amusement, suspense, a certain elegance follow.

Sarah does that while evading the hell that breaks loose after she and a co-worker open an ancient urn. Suddenly, Rome is suffering a suicide epidemic and tidal crime wave (stabbings, killings, property damage). Demons eviscerate her co-worker but the police seem to think Sarah's a suspect. This now necessitates running from a sinfully handsome detective (Cristian Solimeno) and otherworldly wickedness in the form of a gang of sashaying party-girl witches that descends upon the city like backstage groupies. Naturally, Sarah is at the center of all the occultism. She's just too skeptical to believe how it's all happening, but Argento has a high time scaring the supernatural explanation into her.

Five people, including the director, are credited to the script, so it's all the more amazing that it goes off the deep end as coherently as it does. Argento decides on a keyed-up tone and maintains it. When Kier, as a priest, arrives to offer an explanation of what's going on (the Mother of Tears is back, and she's not happy), he does so with a glint of histrionics in his tired eyes. "Every jet, every car, every train brings more," he says of the party girls. "They aim to make Rome fall again, to usher in the second age of the witches." But it's Kier's throwaway line and Argento's throwaway images that bring down the house. That long, crazed line outside his church? Exorcism requests! Argento is doing "The Da Vinci Code" without the rubber piety.

"Mother of Tears" transcends camp without forsaking it. Argento pitches the proceedings toward the ridiculous (his pacing is as perfect as some of the witches' breasts are fake) but only in the name of reaching a new cheesy sublime. At some point Sarah and a spiritualist friend, Marta (Valeria Cavalli), are under attack by legions of the possessed. They reach Marta's car, but she drops the keys, which she couldn't find in the first place. Their hyperventilating pursuers politely stand by, while she picks up the keys. Where another director might tempt you to see ineptitude, Argento gives us something else to consider: hysterical realism.

This is the last in his loose trilogy of maternal intrigue -"Suspiria" and 1980's "Inferno" are the other two; what took so long? - and his enthusiasm for shlock is contagious and gonzo. For this occasion he becomes the horror director who'd rather crack us (and himself) up than freak anybody out. To that end, he unleashes a bonanza of phallic imagery (look out for that obelisk!), vaginal symbols, and rampant secretions. It's vile. It's a riot.