Classic 'Contempt' gets a new life 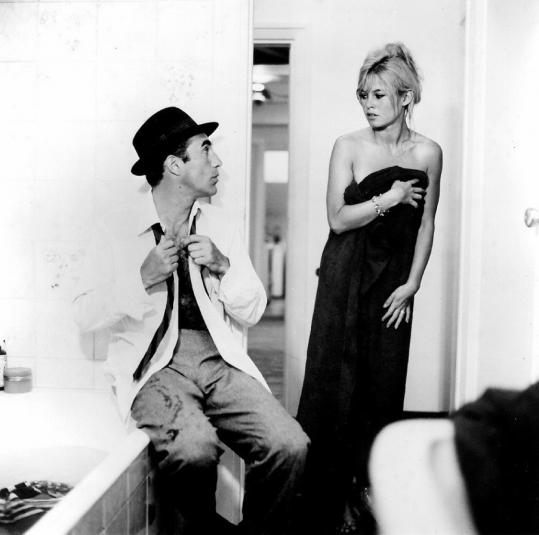 Certain films are worth returning to periodically, the way a pilgrim would visit a shrine. Either they cut to the heart of the matter or they conjure up the passions of one's youth, when it felt as if a movie or a pop song or a book could re-orient the entire universe.

For some of us - a lot of us, actually - the movies Jean-Luc Godard made between 1960 and 1967 are that touchstone, burning with a fervor that's half Picasso, half John Lennon, and wholly original. Films like "Vivre Sa Vie" (1962) and "Pierrot le Fou" (1965) felt like the reinvention of cinema when they came out, and they still have the power to shame 99 percent of what passes for movies today.

So when I say that 1963's "Contempt" is playing at the Brattle in a brand-new print, those of you who know what that means know what to do. Those who don't - well, trust me, you want to see this on the biggest screen possible. Few movies have used color and CinemaScope with such aching precision.

"Contempt," of course, was the fluke in the French New Wave director's early filmography, a wide-screen Technicolor epic with name stars and Hollywood money. Hollywood pressures, too: producers Carlo Ponti and Joseph E. Levine leaned hard on Godard to throw in nude shots of Brigitte Bardot.

And the director complied - but in a blunt, matter-of-fact way that subverts the intended voyeurism. "Contempt" is a remarkable act of commercial suicide in which Godard bites the hand that feeds him, and bites it hard. It's a movie about making movies in which the villain is an unspeakably crass Hollywood producer named Jeremy Prokosch, played by a swaggering Jack Palance.

Prokosch's latest production is a film of Homer's "The Odyssey," for which he has hired the legendary German director Fritz Lang, helpfully played by Lang himself. Also on board is a French screenwriter named Paul Javal (Michel Piccoli), whose wife Camille (Bardot) is his conscience and his scourge. The film's title wells up from the emotions Camille feels as she watches her husband sell out to Palance's grinning shark. Almost in spite of itself, their small, domestic wrangling reflects the wandering of Odysseus and the moral steadfastness of his wife, Penelope.

Everything in "Contempt" doubles back on itself with cruel wit. The producers were expecting bravura sequences on a grand scale; Godard set the movie's centerpiece, a 20-minute scene of the couple bitterly hashing out their relationship, in a cramped apartment. The opening credits are narrated rather than printed onscreen. Georges Delerue's gorgeous score keeps repeating itself, as though the needle had gotten stuck. The movie is an international coproduction that's been reverse engineered by a poet.

At the heart is Paul's betrayal of Camille and her eventual betrayal of him, a subject Godard obsessively returned to throughout this period. All the filmmaker's early output, before he radicalized himself away from narrative, bounces back and forth between the certainties of cinema and the mysteries of men and women. Here that gets transformed into something eerily, even mythically beautiful, played out against a blue Mediterranean horizon with Lang, an older and wiser Hollywood survivor, serving as Greek chorus.

What's the price of selling out? "Contempt" asks the question of its characters, its audience, and its own director.

Written by: Godard, based on a novel by Alberto Moravia