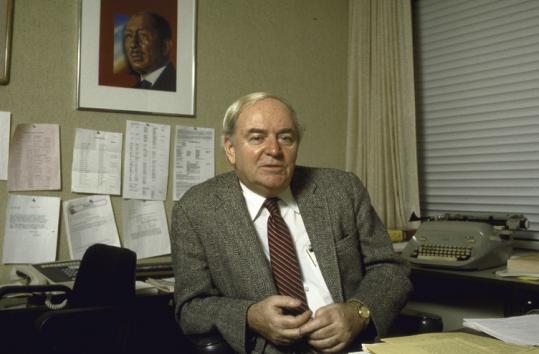 NEW YORK - All journalists want to write a story that makes a big splash. John T. Elson, the religion editor at Time magazine, was no exception. But in 1966 he got more than he bargained for.

For more than a year, Mr. Elson had labored over an article examining radical new approaches to thinking about God that were gaining currency in seminaries and universities and spilling over to the public at large.

When finally completed, it became the cover story for the issue of April 8, as Easter and Passover approached. The cover was eye-catching, the first one in Time’s 43-year history to appear without a photograph or an illustration. Giant blood-red letters spelled out “Is God Dead?’’

The issue caused an uproar, perhaps equaled only by John Lennon’s offhand remark, published in a magazine for teenagers a few months later, that the Beatles were more popular than Jesus. The “Is God Dead?’’ issue gave Time its biggest newsstand sales in more than 20 years and elicited 3,500 letters to the editor. It remains a testimony to the social changes transforming the United States in the 1960s.

The quiet, studious Mr. Elson, who died Sept. 7 at age 78, was an unlikely bomb-thrower, and his article, for those who ventured past the cover, reflected his scholarly bent. Meekly titled on the inside as “Toward a Hidden God,’’ it began: “Is God dead? It is a question that tantalizes both believers, who perhaps secretly fear that he is, and atheists, who possibly suspect that the answer is no.’’

More than 30 Time foreign correspondents were also involved in the project, conducting some 300 interviews to measure contemporary thinking about God around the world.

“Secularization, science, urbanization - all have made it comparatively easy for the modern man to ask where God is and hard for the man of faith to give a convincing answer, even to himself,’’ Mr. Elson wrote.

John Truscott Elson was born in Vancouver, British Columbia. His father, Robert T. Elson, was a newspaper reporter in Canada who later became a high-ranking editor at Time and Life and helped write two volumes of the three-volume “Time, Inc.,’’ the company’s official history. He died in 1987.

John Elson was educated at St. Anselm’s Priory School in Washington, D.C. He received a bachelor’s degree from Notre Dame in 1953 and a master’s degree in English from Columbia in 1954.

That year, he married Rosemary Knorr. She said her husband died at home in Manhattan after being in poor health for the last two years. Mr. Elson also leaves two children, Hilary Elson Alter of Lake Zurich, Ill., and Amanda Elson of Wyomissing, Pa.; two sisters, Elizabeth Elson of Manhattan and Brigid Elson of Toronto; a brother, R. Anthony Elson of Chevy Chase, Md.; and a grandchild.

After serving with the Air Force, Mr. Elson worked for the Canadian Press news agency before being recruited by Time. As an editor, he started on the lowest rung and rose to assistant managing editor. Along the way, he edited every section except business. He retired in 1987 but continued to write for the magazine until 1993.

It was as religion editor that Mr. Elson made his most lasting mark. He wrote numerous cover stories on religious issues - “Is God Dead?’’ was the 10th - and committed the magazine to serious coverage of ideas and arguments normally encountered in more specialized journals.

“He was catholic with a capital C and a small c in his interests, deeply and widely read,’’ Jim Kelly, former managing editor of Time, said in an interview last week. “His ability to absorb an enormous amount of information and turn it into a readable story was remarkable.’’

Unquestionably, Mr. Elson touched a nerve. Clergymen took up the challenge thrown down by the “Is God Dead?’’ cover line in Sunday sermons. Church publications and newspaper editorials chimed in.

“Your ugly cover is a blasphemous outrage and, appearing as it does, during Passover and Easter week, an affront to every believing Jew and Christian,’’ one reader wrote. Others wrote to explain their faith in fervent terms. Atheists gloated or scoffed.

Some expressed their feelings in a single word. Norine McGuire of Chicago, responding to Time’s bombshell of a question, wrote: “Sir: No.’’ Immediately below her letter, Time ran one from Richard L. Storatz of Notre Dame, Ind.: “Sir: Yes.’’