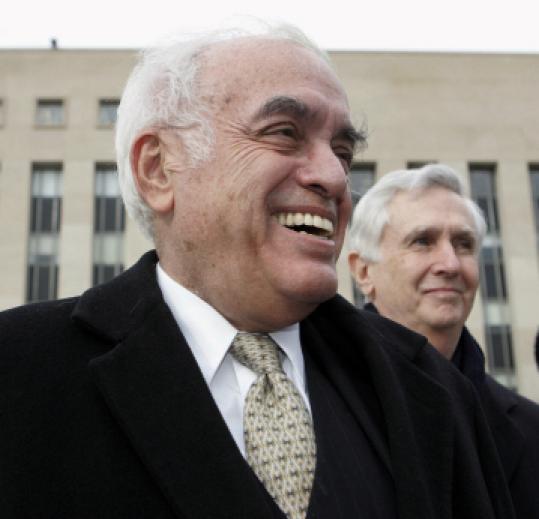 WASHINGTON - Robert D. Novak, an influential columnist and panelist on television news-discussion shows who called himself a “stirrer up of strife’’ on behalf of conservative causes, died yesterday at his home in Washington of a brain tumor first diagnosed in July 2008. He was 78.

Mr. Novak’s “Inside Report’’ syndicated column, shared for 30 years with the late Rowland Evans, was important reading for anyone who wanted to know what was happening in Washington. Novak and Evans broke stories about presidential politics, fiscal policy, and interparty feuds. Their journalism, which reported leaks from the highest sources of government, often had embarrassing consequences for politicians.

The column triggered a lengthy federal investigation into the Plame leak and resulted in the 2007 conviction of a top vice presidential aide, Lewis “Scooter’’ Libby, for perjury and obstruction of justice. Bush later commuted Libby’s prison term.

Mr. Novak was accused by prominent journalists of being a pawn in a government retribution campaign against Wilson.

He wrote that his initial column was meant to ask why Wilson had been sent on a CIA fact-finding mission involving the uranium. Richard L. Armitage, then deputy secretary of state, mentioned Plame’s CIA position to Mr. Novak, and Bush aide Karl Rove confirmed it.

Armitage “did not slip me this information as idle chitchat,’’ Mr. Novak wrote in a 2006 column. “. . . He made clear he considered it especially suited for my column.’’

Armitage told The that his disclosure was made in an offhand manner and that he did not know why Plame’s husband was sent to Africa.

Mr. Novak lamented that the Plame story would “forever be part of my public identity’’ despite having written columns he said were more important.

Until the Plame controversy, Mr. Novak had largely been known as a strong anti-Communist in his foreign policy views. He also was a leading advocate of supply-side economics, a belief that tax cuts would lead to widespread financial prosperity.

Mr. Novak was a congressional reporter for the Associated Press and the Wall Street Journal before he teamed with Evans in 1963 to write a Washington-based political column for the old New York Herald-.

Focusing on political intrigue rather than starchy analysis, they had an immediate effect with news about Senator Barry Goldwater’s probable nomination as the Republican presidential candidate in 1964.

The Goldwater story led a Newsweek profile about the duo that helped shape their formidable reputation. But as Mr. Novak wryly noted, the Newsweek account was written by his close friend Michael Janeway.

“Little in Washington is on the level,’’ Mr. Novak wrote in his 2007 memoir, “The Prince of Darkness,’’ which had long been his nickname.

He earned that sobriquet in the early 1960s for what he called his swarthy looks, poor skills as a raconteur, and “grim-visaged demeanor.’’ He said that his unsmiling pessimism was a stark contrast with the upbeat spirit of the Kennedy administration and its many admirers in elite journalism circles and that he was a strikingly different type of Washington insider.

When he printed an accurate tip that Alexander M. Haig Jr., President Ford’s chief of staff, was out of favor with the president and would soon lose his job, Mr. Novak said he received an irate call from Haig, who threatened to sue for $5 million.