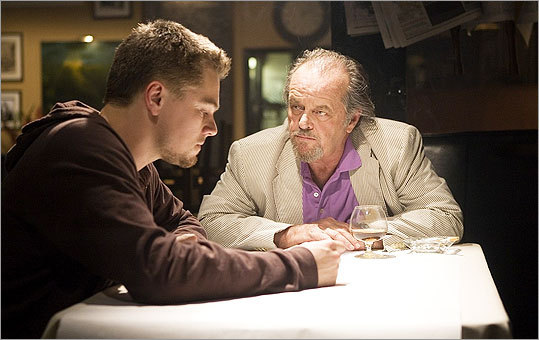 Martin Scorsese's Oscar-winning film about fictional Boston mob boss Frank Costello loosely sees Jack Nicholson in Whitey's role: a South Boston gangster working with the law to sell out fellow gangsters, but who has planted his own informant within the police department. At the same time, the police have called upon a local police academy misfit (Leonardo DiCaprio, left) to do their dirty work by joining Costello's ranks. Though it takes its cues from the real life drama of the South Boston crime boss, "The Departed" is also a remake of the 2002 Hong Kong thriller "Infernal Affairs."