THIS STORY HAS BEEN FORMATTED FOR EASY PRINTING
The Tip 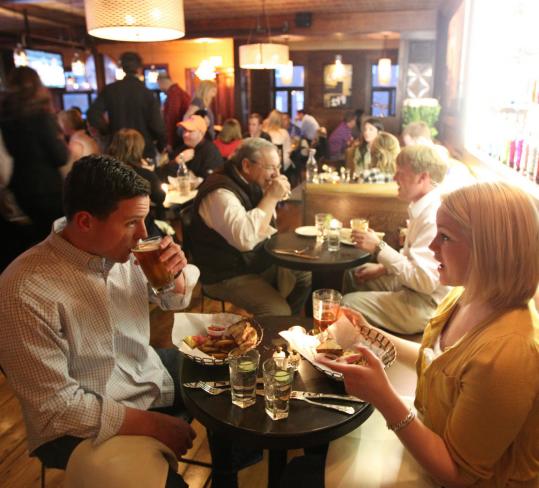 The neighborhood is changing. A few months back, American Provisions opened, a South Boston grocery selling local cheese, grass-fed meat, and gourmet ingredients. Then, last week, Local 149 opened its doors in the spot that was previously the Farragut House, an Irish pub. Instead of appetizers and entrees, its menu features category titles such as “schematics,’’ “hand tools,’’ and “permits & approvals.’’ But its blue-collar associations are in name only. The menu offers charcuterie, cheese, and upscale pub food.

Of course, both new projects are from the same man, Jason Owens of Newton’s Biltmore Bar & Grill. He lives in South Boston himself. If you want the flavor of your neighborhood to shift, the surest way is to shift it yourself.

Local 149 features a wood-burning fireplace, reclaimed hardwood flooring and tabletops, a decorative wall of vintage seltzer bottles, and new windows offering plenty of light. Chef Leah Dubois formerly worked at raw food restaurant Grezzo. Biltmore bar manager Mike Stankovich is behind the drinks program, which features craft cocktails and about 20 beers on tap, many of them local or Belgian.

There’s nothing too crazy on the menu. If you want a hot dog, pepperoni pizza, or burger, you can have it. The burger will simply be made with grass-fed beef and good cheddar, served with pickled green tomatoes and seaweed salt fries. For snacks, you’ll find fried Brussels sprouts, shrimp tempura, and pimento cheese fries. Entrees range from chicken and waffles to lamb sausage and chops with white bean cassoulet. Your taco salad will include pheasant, duck, chicken, and quail Bolognese. That didn’t used to happen in South Boston. It does now.