Anne Hathaway's career through the years 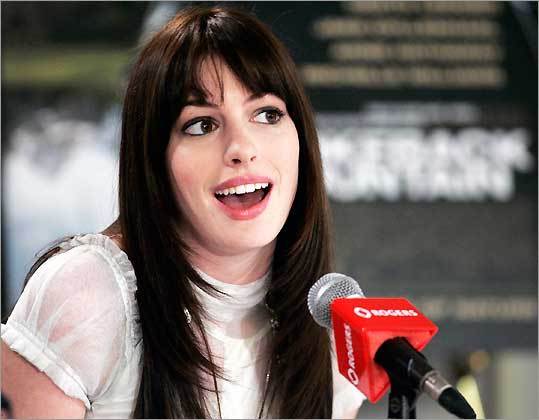 No longer a Disney princess, Hathaway showed her serious side in 2005's "Brokeback Mountain," starring alongside Heath Ledger, Jake Gyllenhaal, and Michelle Williams. The film tells the story of two cowboys who form a secret romantic relationship and follows their lives through the years. It won three Academy Awards and was nominated for five others.

Pictured, Hathaway spoke at a news conference for the movie at the 30th Toronto International Film Festival in 2005.