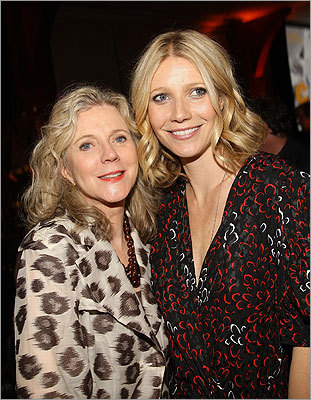 Danner is a Hollywood veteran who has made inroads on television and the stage, winning an Emmy for work on "Huff" and scoring a Tony Award in 1970.

Daughter Gwyneth has conquered the movie world, winning an Oscar for "Shakespeare In Love" and starring in everything from indie films to blockbusters like the "Iron Man" series.