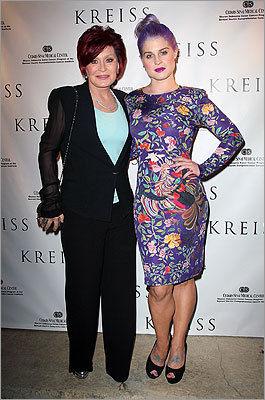 Both Osbourne women rocketed to pop-culture notoriety during the heyday of their raunchy MTV reality show "The Osbournes," which also featured patriarch Ozzy and brother Jack. Before the reality fame, however, Sharon was force in entertainment as Ozzy's manager, and launched the successful Ozzfest tour.

Both women have established steady gigs as opinionated television experts; Kelly as a fashion pundit on E!'s "Fashion Police" and Sharon as a judge on "America's Got Talent" and co-host on the CBS show "The Talk."