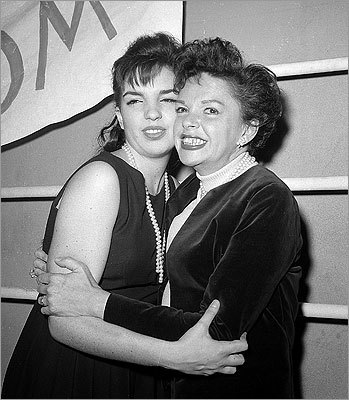 The mother and daughter are both entertainment icons in their own right. Garland struck fame as a child star, memorably appearing as Dorothy in the 1939 classic "The Wizard of Oz." She went on to star in dozens of movies, released multiple albums - including the bestselling "Judy At Carnegie Hall," which captured one of her many triumphant stage shows.

Minnelli has also conquered stage and the silver screen, earning an Academy Award for the 1972 musical "Caberet." She has gone on to win four Tony Awards, an Emmy, two Golden Globes, and a Grammy Legend Award.