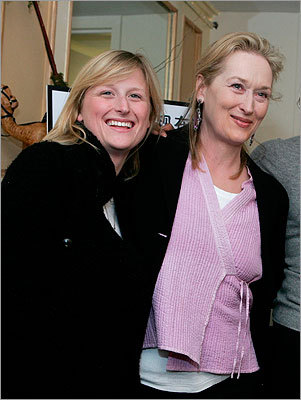 Streep is one of Hollywood's most celebrated actresses with three Oscars and a record 17 nominations to her name. She's known for a range of movies from "Sophie's Choice" to "The Devil Wears Prada."

Streep's daughter Mamie is also an actress, appearing in off-Broadway productions, television shows such as "The Good Wife," and movies such as "Taking Woodstock" (2009).