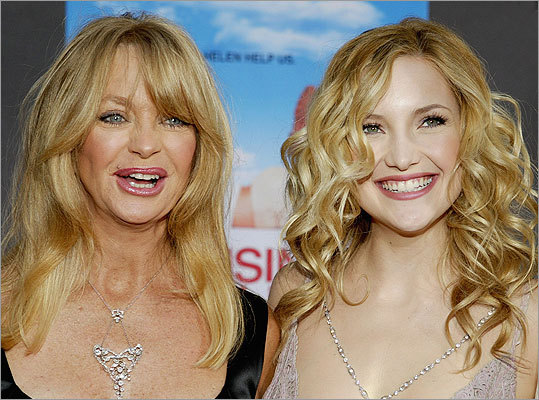 Hawn blazed a Hollywood career as a bubbly blonde, breaking through on the '60s TV show "Rowan & Martin's Laugh-In." She eventually moved into film and landed an Academy Award for her work in the 1969 film "Cactus Flower." She was remained largely A-list since then, garnering another Oscar nod for 1990's "Private Benjamin."

Hudson has similarly parlayed her upbeat persona into a a solid box-office presence, beginning with her Oscar nod for 2000's "Almost Famous." She's known for romantic comedies like "How to Lose a Guy in 10 Days," "Bride Wars," and "You, Me and Dupree."