CURT SCHILLING
The ex-Red Sox pitcher shills for many causes, including skin cancer, none dearer to him than Curt’s Pitch for ALS, a foundation targeting amyotrophic lateral sclerosis, also known as Lou Gehrig’s disease. While the degenerative disease hasn’t touched his family personally, Schilling’s commitment is such that during the ‘‘bloody sock’’ playoff game in 2004, he wrote ‘‘K (for strike out) ALS’’ on his shoe, knowing all eyes — and cameras — would get the message. 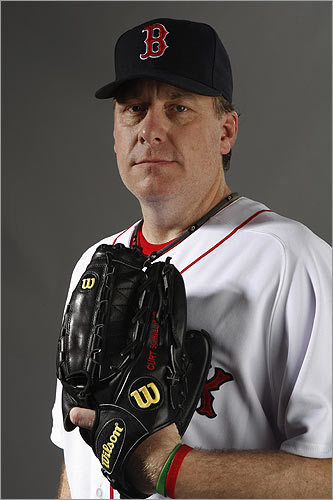