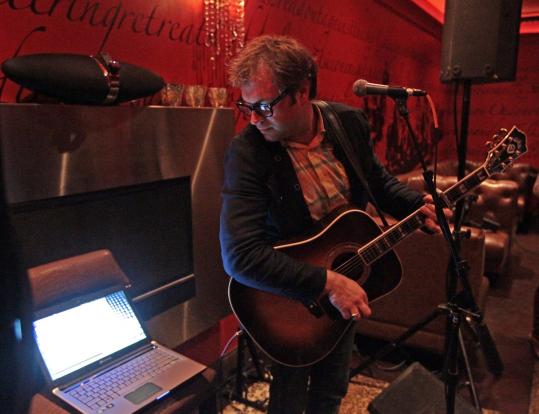 Former Barenaked Ladies frontman Steven Page managed to fly in and out of Boston several times this weekend despite all of the cancellations at Logan. The Canadian singer, who’s promoting a new solo album called “Page One,’’ flew to Boston on Friday morning from his honeymoon in Paris and performed a “Bowers and Wilkins Sound Sessions’’ show at the MET Back Bay on Friday night. Page stayed at the MET for dinner and had his first Narragansett beer out of a can. On Saturday morning, Page flew from Boston to Toronto where he sang “Hallelujah’’ at the funeral of Canadian politician Jack Layton. Then Page flew back to Boston to perform in Lowell on Saturday night and in Maine yesterday. We hope he gets to take a long nap before his show in New York tonight.