Bill Lee pitches idea for new film about himself 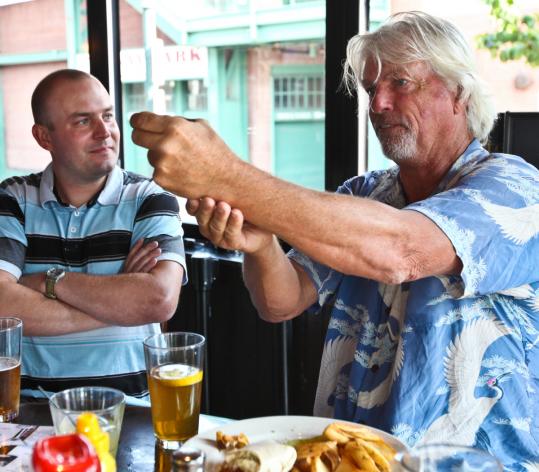 Because Bill Lee is a relentlessly entertaining character, a movie based on his life would be worth watching. It’s just a matter of getting it made. The former Sox lefty affectionately known as “Spaceman’’ was at the Cask ’n Flagon yesterday to talk about his plans to turn his book, “Have Glove, Will Travel,’’ into a film. (The book chronicles Lee’s life after being released by the Expos in 1981, his last season in the major leagues.) He’s working with Brett Rapkin, who directed an earlier documentary about Lee called “Spaceman in Cuba,’’ and has spoken to Ron Shelton, who wrote and directed “Bull Durham’’ and “Cobb.’’ “Woody Harrelson called me a while back and said, ‘I want to play you in the worst way,’ ’’ Lee told us. “And I said, ‘Woody, that would be the worst way: You’re short, righthanded, and bald.’’ Who would he like to see play him onscreen? “Who’s that Boston kid who does the show about fire engines? [Denis] Leary? He’d be good,’’ said Lee.