Fighting for an Oscar 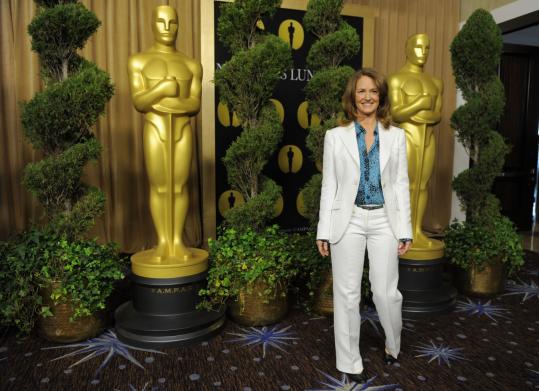 How determined to win the Academy Award is Melissa Leo? Very. The actress, who’s nominated for best supporting actress for her portrayal of Micky Ward’s mother, Alice, in “The Fighter,’’ has taken out ads on her own behalf in a couple of Hollywood trade publications. The ads consist of glamour shots of the actress under the word “Consider.’’ Deadline.com's Pete Hammond asked Leo about her self-promotion. “I took matters into my own hands,’’ she said unapologetically. “I knew what I was doing and told my representation how earnest I was about this idea. I had never heard of any actor taking out an ad as themselves and I wanted to give it a shot.’’ We’ll see if it works.