Mobbed by fans -- in a good way

After spending Friday afternoon at the Globe chatting with fans on Boston.com, Newton-bred actor John Krasinski stopped by Brookline Booksmith on Saturday to read excerpts from David Foster Wallace’s “Brief Interviews With Hideous Men,’’ on which Krasinski’s new movie (his directorial debut) is based. Krasinski’s audience was a giggling group of mostly female followers, some of whom arrived three hours early to get a glimpse of the actor best known for playing goofy Jim Halpert on “The Office.’’ After the reading, Krasinski signed movie postcards for about 200 fans and took some photos with women who had staked out the bookstore’s back door, where Krasinski had hoped to make an easy escape. “I had no idea there was going to be this many people,’’ said Krasinski, who’s engaged to “The Devil Wears Prada’’ actress Emily Blunt. “I used to go to this bookstore, so it’s surreal.’’ Krasinski screened “Brief Interviews’’ two nights in a row at the Kendall Square Cinema. The movie, which stars Medford native Julianne Nicholson, was produced by Kevin Patrick Connors, son of Jack and Eileen Connors. The young Connors roomed with Krasinski at Brown University.

Scene setters
If you saw lights, camera, and action in Harvard Square over the weekend, it wasn’t David Fincher’s Facebook movie, which has been filming in the area. It was actually crews with the NBC show “Friday Night Lights’’ shooting scenes with stars Aimee Teegarden and Boston native Connie Britton. In other local filming news, Katie Holmes was spotted over the weekend in East Boston, where her husband, Tom Cruise, has been shooting scenes for “Knight & Day’’ with Cameron Diaz. Also, gossip gal Blake Lively was back in the Hub to shoot more of “The Town’’ with Ben Affleck.
No hard feelings
Part-owner of the Miami Dolphins Serena Williams watched the game at Gillette Stadium from the Dolphins owner’s box yesterday. Williams, who wore a big, puffy jacket to the game despite the good weather, said of her team’s loss, “Obviously I was rooting for the Dolphins. It was a great game and I had a good time.’’ Who says she’s not a good sport?
Party mix master
“That ’70s Show’’ actor Danny Masterson, who spun tunes as DJ Mom Jeans at Thursday night’s Ben Sherman store opening party, continued the music on Saturday at Revolution Rock Bar. Writer Ben Mezrich and Sudbury-bred “Fantastic Four’’ star Chris Evans were on hand for the festivities.
Full house at Foxwoods
The World Poker Tour brought some celebs to the Foxwoods Resort Casino over the weekend. Familiar faces included model-actress Christina Lindley, who hosted a party at the Foxwoods club Scorpion Bar on Thursday night. Also spotted were Lindley’s poker-playing boyfriend Billy Kopp and actor Stephen Baldwin, who joined Lindley at the Scorpion Bar on Friday afternoon. “The Real Housewives of New York City’’ cast members Ramona Singer and Alex McCord visited the MGM Grand at Foxwoods nightclub Shrine on Friday night.
O’Neill ties the knot
Public relations man and former lieutenant governor Thomas P. O’Neill III, son of Tip, married his O’Neill & Associates colleague Shelly McPhee at Chatham Bars Inn over the weekend. According to WeddingChannel.com’s gift registry site, the two are big fans of Kate Spade plates.
Thurman is a no-show
Room to Grow, a local organization that helps babies in need, managed to have its Fall Gala on Saturday without Uma Thurman, who was supposed to host the event. Thurman, who is on Room to Grow’s board of directors, canceled her appearance a few hours before the party saying she was too sick to show up. Guests at the event included Room to Grow exec Saskia Epstein with her husband, Paul, and brother-in-law Theo, Room to Grow founder Julie Burns and filmmaker Ken Burns, baseball guy Peter Gammons, and Fredi and Jack Shonkoff, who were honored during the event for their help with the program.
A new wing and a party
Denis Leary was teary-eyed Saturday afternoon when Cam Neely and his brother Scott surprised the “Rescue Me’’ actor by unveiling the new Denis Leary Wing of the Neely House at Tufts Medical Center. Leary was in town for “Comics Come Home,’’ which benefits the Cam Neely Foundation for Cancer Care. The group had a “Comics Come Home’’ afterparty later that night at Game On! near Fenway Park.

Nicole Cammorata of the Globe staff contributed. Read the Names blog at www.boston.com/namesblog. Names can be reached at names@globe.com or at 617-929-8253. 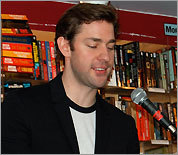