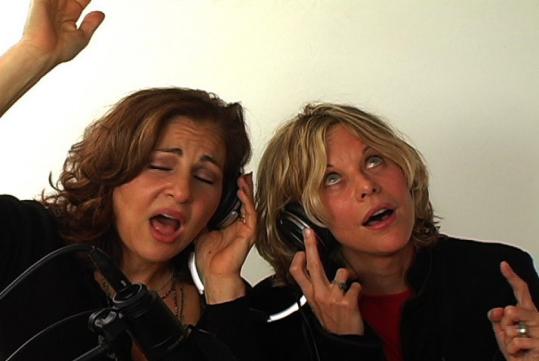 The spirit of giving

'Narnia' backers drop out
Boston-based Walden Media will have to find a new backer for its "Chronicles of Narnia" series now that Disney has dropped out. The AP reported yesterday that "The Lion, the Witch, and the Wardrobe" crew has gotten the boot from the Magic Kingdom as a result of the economic downturn. Disney has decided not to coproduce and distribute the third Narnia film, called "The Voyage of the Dawn Treader." That leaves Walden Media, the production company behind the C.S. Lewis adaptations, scrambling to find a partner for the franchise. "The Chronicles of Narnia: The Lion, the Witch, and the Wardrobe," grossed $292 million domestically, according to Box Office Mojo, but last summer's "Prince Caspian" dropped to $141 million. Attempts to reach Walden cofounder Michael Flaherty were unsuccessful yesterday.
New Kid sister
Contrary to what you may have read elsewhere, Spike TV has not yet picked up the pilot for "War of '04." But the show, which is loosely based on Whitey Bulger's Boston mob saga, does sound promising. "I can't speak highly enough of the experience," says actress Judy McIntyre, who played the mom to Matthew Marsden's crooked character. "I mean, Sheila Jaffe cast it, so you know it's got some great people." (Jaffe's credits include "The Sopranos" and "Entourage.") The oldest sister of New Kid Joey McIntyre, Judy told us she also auditioned for a role in "Bunker Hill," the TNT pilot starring New Kid Donnie Wahlberg and Bridget Moynahan. "But I just didn't have connections, I guess," she joked. A veteran actress, McIntyre's resume includes stage work, soap operas - "Ryan's Hope," and "Guiding Light" with Kevin Bacon - and a big screen turn with Tom Cruise in "Far and Away." "I was in my 40s and thinking, 'If Sally Field's having a hard time getting a job, what's the deal going to be,"' said McIntyre. "That's when I came back to Boston." If Spike TV likes the pilot, it'll order a season's worth of shows. Said McIntyre: "I told my hair stylist, Mitch Maher, that if I get to become the Edie Falco of Boston, you're coming with me."
No 'Brother' for Brown
When it comes to Bobby Brown, don't believe the hype. For some strange reason, London papers keep reporting the Roxbury singer will appear in the next season of the UK's " Big Brother." But Brown's manager and girlfriend, Alicia Etheridge, says there's no truth to it. According to the Daily Mail, the new show airs Jan. 2, but if Bobby was on it, "we would know," Etheridge said, laughing. We have to say we're relieved. Brown has been busy touring with fellow New Edition alums Johnny Gill and Ralph Tresvant in their new group, Heads of State. Etheridge said the guys just returned from Japan and are looking to make an album and tour Australia and the US next year. No Boston dates are scheduled yet, but she promised to keep us posted. And speaking of B.B., we finally finished his new biography (below), and we think we understand why it's "unauthorized." Author Derrick Handspike wrote that Brown mysteriously backed out, but we're thinking Bobby may have gotten a peek at the finished product and reconsidered. First, the book kicks off with an astrological analysis of Brown's personality. It goes downhill from there, with plenty of exclamation points and few outside sources. And while the book does explore his infamous legal and drug problems, it completely avoids the bizarre behavior of ex-wife Whitney Houston. (Brown said in the book he'll let her tell her story.) We admire his avoidance of the kiss-and-tell, but it makes for a snoozy read.
Movie madness
We hear Roger Berkowitz is thrilled that Legal Sea Foods gets so much play in the new "Paul Blart: Mall Cop" trailer. It includes a shot of the restaurant's Burlington Mall exterior and shows funnyman Kevin James riding past its logo-painted windows on one of those geeky stand-up scooters. The fish palace hasn't gotten this much love since Jimmy Fallon sported a Legal T-shirt in "Fever Pitch." The movie opens Jan. 16. . . . We've also seen a sneak peek of another made-in-Mass. flick, "The Proposal," with Sandra Bullock and Ryan Reynolds (the much-envied husband of Scarlett Johansson). Bullock plays an evil boss who threatens her underling (Reynolds) into marrying her to keep from being deported. Guess what happens? And who knew Rockport could look so much like Alaska?
Back on the Block
Is Donnie Wahlberg's role on "Bunker Hill" getting in the way of his responsibilities with the reunited New Kids on the Block? "I'm having a really great time acting, and it's led to some questions about whether we're going to make it back on the road," Wahlberg says on a video posted at NKOTB.com. "I really hate to break the news to you guys this way. Maybe I could have had a press conference to break the news in a more sensitive way, but this is just the way it's got to go down. After much deliberation and support from my friends and colleagues and much heartfelt soul searching. . ." Ever the actor, Wahlberg then pauses for dramatic effect. "In 2009," he finally shouts, "we'll be coming back for more face time!" A gaggle of giggling women then pull Wahlberg to the floor.
Family time
We're starting to think Mark Wahlberg is a big softie. The Dorchester star was spotted taking his family to see Santa in LA this week, and in every picture he's got one of his three kids in his arms. Fiancee Rhea Durham, by the way, was sporting some sizable bling on the finger that matters most.
Starry surprise
Wonder which neophyte Lakers fans will show up at the Celtics game in LA today? On their way to winning the team's 17th championship last summer, the Celts had to contend with a chardonnay-swilling swarm that included everyone from British footballer David Beckham and rapper Sean "Diddy" Combs to "Idol" judge Paula Abdul and D-list actor Tom Arnold.