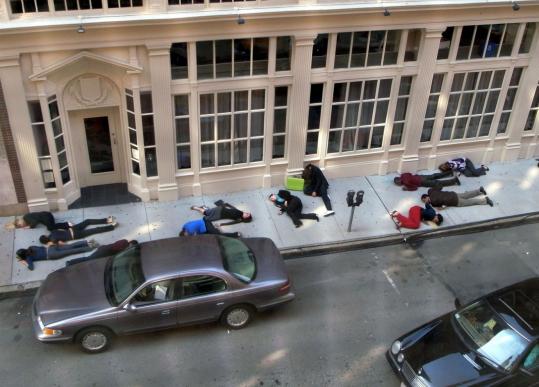 Almost 300 extras and actors - joined by five articulated dummies - took turns playing dead on the Water Street sidewalk Sunday, as "The Surrogates" wrapped up a "climactic moment in the movie," spokesman Ernie Malik said. "They were crashing cars and there were dead bodies in the street. It's really the end of the movie. . . . It's hard to describe it without giving anything away." Action star Bruce Willis was not on set Sunday, but he did film a scene, in which he's seen leaving a hospital, on Franklin Street with costar (and FBI partner) Radha Mitchell Saturday.