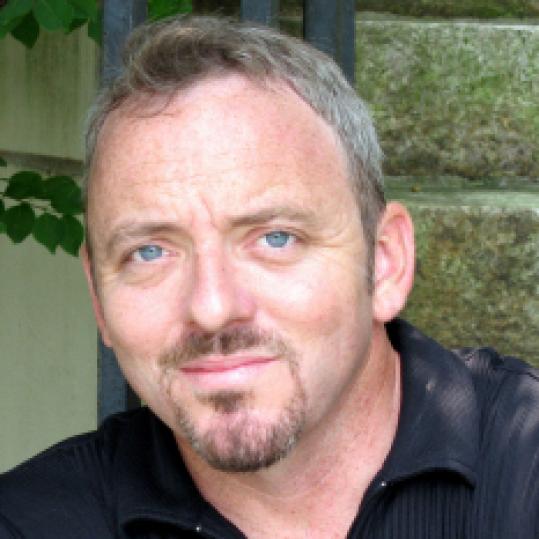 Two of Dennis Lehane's novels have been turned into successful films and a third, "Shutter Island," is being shot right now by Martin Scorsese, so we've wondered if the Boston writer would go Hollywood on us. And on Thursday, Lehane (inset) will be in Tinsletown at the LA hotspot Skybar for an invite-only cocktail party for the release of his latest tome "The Given Day." The historical novel about the 1919 police riot in Boston is a "new direction" for Lehane, he told the St. Petersburg Times. "That aspect of my career is something I've tended like a garden. Everybody knew: This isn't a guy who'll write a book a year, and we're not sure what kind of book is going to roll out of his laptop. But they know there won't be aliens or UFOs in it." OK, that narrows it down.

'Strange' happenings
The news just keeps getting better for Boston-based producer Spring Sirkin, a producer on the Broadway musical "Passing Strange." Created by the actor/musician who goes by the single name of Stew (inset), the show recently won a Drama Desk Award and the New York Drama Critics' Award for best musical. "Passing Strange" also is up for seven Tony Awards including best musical and three nominations for Stew, including best actor. And now, according to Playbill.com, the show is being wooed for a national tour that could bring it to Boston. "I will say that I personally spent a lot of my life touring, and I would love to take this play to anywhere and everywhere," Stew told Playbill. "That would be a dream. . . . I would love to do 'Passing Strange' in all kinds of places."
Did they hit it off in the Hub?
Could Boston have provided the spark that lit Lance Armstrong and Kate Hudson's romance? The new couple, who were in Texas together last weekend, were spotted at a Dolce & Gabbana annual party at Cannes over the weekend, according to People magazine, and in Monaco yesterday. Some in the European gossip set now speculate that the two crossed paths in Boston while Hudson was filming "Bride Wars" and Armstrong was in town to run the Boston Marathon.
Summer suits him
Pigalle chef/owner Marc Orfaly will be spending a lot of time on Nantucket this summer when he takes over the kitchen for the two eateries at Danielle deBenedictis's the Summer House in Siasconset. Orfaly will oversee the menus for both the Summer House Restaurant and the Beachside Bistro.
Cattrall speaks
"Sex and the City" star Kim Cattrall says "it was really rough" being accused of holding out for more money to make the movie version of the long-running TV series. (The pic, which also stars Sarah Jessica Parker, Cynthia Nixon, and Kristin Davis opens on Friday.) Cattrall comes clean about those tough times in 2004 in the latest edition of Hamptons magazine, which celebrated its 30th anniversary over the weekend at the Hamptons home of publisher (and BU alum) Jason Binn and his wife, Haley. "I was going through a really public divorce, which was awful," Cattrall, who graces the cover, told Hamptons. "My dad was diagnosed with dementia. I was just trying to navigate at the time." Cattrall, however, was all smiles at the magazine's swanky garden soiree, which included "Desperate Housewives" actor Kyle MacLachlan , daytime TV diva Susan Lucci, and Howard Stern 's model girlfriend, Beth Ostrosky. In Boston recently for an event at WGBH, Cattrall told us that she's happy with how the movie turned out. "There's a definitive ending and things are resolved," she said. "I'm satisfied by how it all went."

While a hoax nearly scuttled several "Sex and the City" parties in Boston, fashion designer Sara Campbell opened her South End boutique the other night to celebrate the big-screen adaptation of the HBO series. (The network is investigating a bogus letter sent out last week to Boston bars hosting "Sex and the City"-themed parties telling them to cancel their fetes. The parties went on as planned.) Miss Massachusetts USA Jackie Bruno modeled some of Campbell's summer-wear at the event, which drew scores including Channel 7 anchor Frances Rivera, "Greater Boston" host Emily Rooney, and Channel 5's Rhondella Richardson.