Screening up in Boston 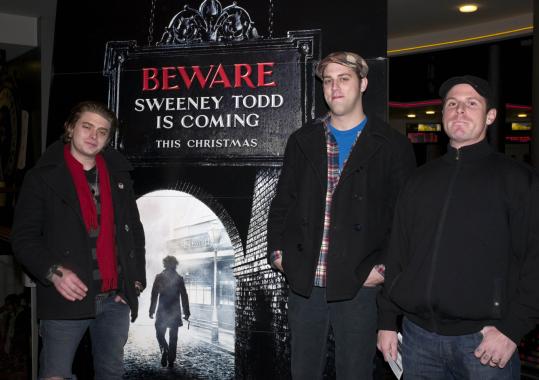 The Dropkick Murphys were at the Fenway Regal yesterday to introduce a screening of Tim Burton's latest, "Sweeney Todd: The Demon Barber of Fleet Street." Why Ken Casey and the Dropkicks, you wonder? Apparently the Irish rockers' faithful fans have been deemed the film's likely demographic.

Sarah Rodman of the Globe staff contributed. Names can be reached at names@globe.com or at 617-929-8253.