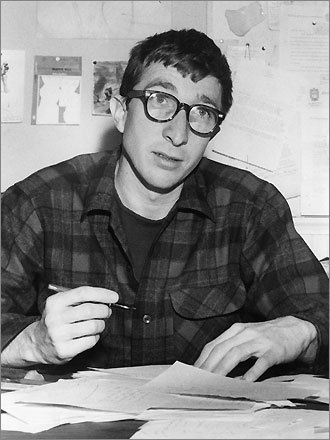 Updike aimed to produce a new book every year. He easily met this goal, publishing a total of 60 volumes in his life. While his writings may have seemed effortless to readers, they were at times a struggle for Updike.

"It's always a push to get up the stairs, to sit down and go to work,” he told Time magazine in 1982. “You'd rather do almost anything, read the paper again, write some letters, play with your old dust jackets, any number of things you'd rather do than tackle that empty page, because what you do on the page is you, your ticket to all the good luck you've enjoyed."