This history points to the flaws in intelligence leading up to the Iraq war as merely the latest major misstep by the Central Intelligence Agency, a bureaucracy that has rarely accomplished its central mission since its birth, the author argues. The work, which won a National Book Award, is scathingly critical, carefully researched and smartly written, painting a frightening portrait of a hapless bureaucracy whose drastic miscalculations — from Korea through the Cold War to Vietnam and now Iraq — have cost the United States dearly in blood, treasure, and prestige.

Best of fiction | Best of nonfiction 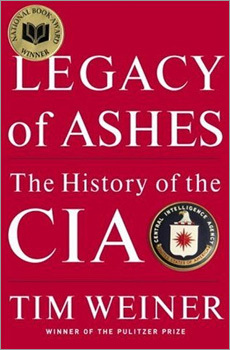