Introducing Bradbury, the master of fantasy 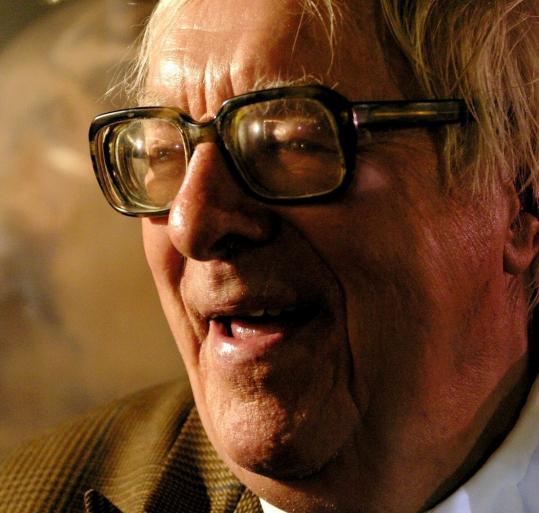 With the original “Something Wicked This Way Comes,’’ Ray Bradbury opened the door to magic in American literature, and his stories influenced a generation of writers. (Stefano Paltera/Associated Press/File)
By Alice Hoffman Globe Correspondent / August 7, 2011

Summer is the perfect time to revisit the novels you loved when you were young, and share them with your children. The books you read in the summers of your youth stay with you and become a road map in your life. As a teenager, I shared books with my mother even during the times we weren’t speaking. We always found a way to talk about “Wuthering Heights’’ or “The Catcher in the Rye,’’ even during the rockiest periods. What you read together enriches your relationship in a deep and lasting way that creates an unforgettable bond between the generations.

So many parents shared the Harry Potter series with their children over the years, and in entering the fantastic world created by J.K. Rowling, they became closer to each other in the real world. Waiting for the newest book to arrive, and reading along with your child, are among the most memorable events of summers past. Now that the Harry Potter series is finished, it’s the perfect time to introduce your teen reader to the world of Ray Bradbury, the master fantasy writer and literary icon who turns 91 this month.

I discovered Bradbury after my parents divorced. The only thing my father left behind was a box of fantasy and science fiction novels. I sat in the cool basement all that summer reading the books my father had loved. Doing so helped me to understand him and feel a literary bond. If we loved the same books, then surely we had something important in common.

Following are the four books I recommend if you and your teen wish to enter Bradbury’s amazing world together and make this your Bradbury summer.

“FAHRENHEIT 451’’ A masterpiece. With more than 5 million copies in print, this is a glorious American classic everyone should read: It’s life-changing if you read it as a teen, and still stunning when you reread it as an adult. Censorship is at the core of the novel, which is both a literary thriller and a dark meditation on the future of humanity.

The villain-turned-hero is Montag, a fireman whose job it is to burn books in a repressive society where ideas are dangerous and books are illegal. The law-abiding fireman meets the rebels who will do anything to keep books alive; memorizing the texts, becoming a living, breathing book. I reread “Fahrenheit 451’’ after Sept. 11, 2001, when I needed to find hope in the future. For teens, it’s a special reminder that no video game can take the place of a novel. It’s also a lesson in loyalty and courage.

“SOMETHING WICKED THIS WAY COMES’’

This gothic tale of a dark carnival set the bar for anyone writing in the fantasy/horror/literature world, including Stephen King, and has influenced a generation of writers. The story follows two 13-year-old boys who save the souls of those they love and defeat true evil when a traveling circus comes to their small Midwestern town.

Some may call this collection science fiction, and indeed these short stories chart the colonization of Mars, but mostly they’re tales about the strength of the human spirit, filled with great heart and soul. Bradbury’s time frame spans 1999 to 2006. Although his future is already our past, his take on what it is to be human still resonates. A classic about hope in the future and how men who try to rule nature and fate may find themselves being ruled instead.

My brother read science fiction and I favored fantasy, but we both were fans of this book. If your teen follows super-hero movies and video games set in the future, he or she will be shocked that you know about a book as cool as this one.

A brilliant book of miraculous tales featuring a mysterious man whose tattoos become living stories. These tales stand on their own, but they’re woven together like a tapestry. Writer after writer has learned from Bradbury’s pioneering story-telling techniques, and many books of interrelated stories have followed, but no one has done it with as much originality and daring. You can read this book all at once in your hammock as if it were a novel, or story by story on the beach. The concept itself, of living tattoos, is a great one. If your teen reader loves magic, here is a collection written by a real-life wizard.

Alice Hoffman is the author of “Practical Magic’’ and “The Red Garden.’’ Her novel “The Dovekeepers’’ will be published by Scribner’s in October. “Live Forever! An Anthology of All New Stories in Honor of Ray Bradbury,’’ with stories by Alice Hoffman, Neil Gaiman, Audrey Niffenegger, Dean Koontz, and Joe Hill, edited by Mort Castle and Sam Weller, will be published next summer.