Study pierces myth of Founders’ unanimity, detailing the strange bedfellows who forged the Declaration of Independence 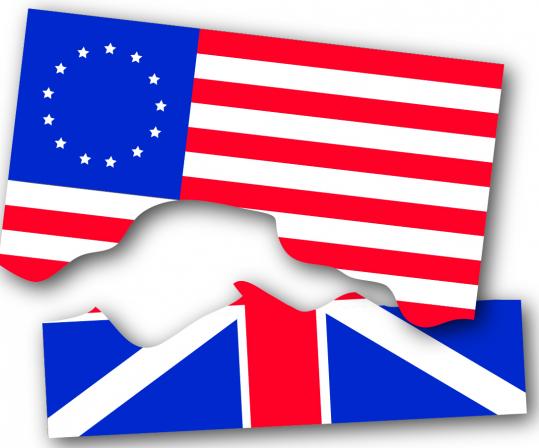 If you look beyond the charred burgers and warm beer, it’s easy to see that, like all national holidays, Independence Day isn’t so much a moment of national remembrance as it is a demonstration of historical amnesia. Yes, we all possess a high school understanding of the American Revolution with its great men in perilous times. There’s a happy, flawed assumption that the Declaration of Independence was also a declaration of unanimity - that the Colonists perfectly agreed in their willingness to challenge Britain and in the form of government they sought to implement.

Such tidy narratives are the domain of lazy fiction or efficient propaganda, though, and the textbook story of the decision to declare independence is a bit of both. As William Hogeland writes in “Declaration: The Nine Tumultuous Weeks When America Became Independent,’’ the United States “entered history in confusion about the nature and purpose of independence.’’ We’re still confused, even about the date. The nation formally severed ties from Great Britain on July 2 after the ratification of the Lee Resolution; the Declaration, a document with no legal power, was agreed upon two days later as an open letter of explanation to the world. “Declaration’’ lays bare this often neglected, lingering confusion to reveal the nearly forgotten ad hoc alliances among groups that promoted radically divergent conceptions of America.

In fact, throughout the first year of the conflict, much of the Colonial population hoped for reconciliation with Britain. As late as May 1776 it appeared they would prevail. Fierce anti-Royalists Samuel and John Adams, and later Ben Franklin, among other notable Founding Fathers, took the lead in the struggle for independence, and when they were defeated electorally they took to secret scheming. “Nine weeks,’’ Hogeland writes, “after voters defeated American independence, in the nearest thing to a referendum on the issue that the country ever had, America declared independence.’’

“Declaration’’ offers a well-told, page-turning play-by-play of this dramatic reversal. On the surface it’s a tale of political brinkmanship, antidemocratic strong-arming, and sheer luck. Hogeland delivers a brisk yet informative primer on the politics of the day, but “Declaration’s’’ most compelling struggle occurs between the Founders and their more radical allies.

The Founders were anything but democrats. “Political power,’’ Hogeland writes, “was concentrated, to [the Founders] rightly and naturally, in property.’’ In other words, to deserve a political voice a man must own land. This philosophy posed problems for advocates of independence. Why, after all, would a population in economic bondage go to war only to change masters?

Despite their reluctance to deal with the rabble, the Founders worked with a group of radical egalitarians to consolidate working-class and rural support for independence. Thomas Young, James Cannon, and Christopher Marshall have been all but forgotten. Yet as Hogeland writes, they each advanced a powerful, popular vision of government that offered a “revolution against class privilege in America.’’ Their proposals included placing strict limits on property ownership and granting the franchise to all citizens regardless of wealth. Pragmatically, this group was necessary for independence - the election that starts Hogeland’s nine-week countdown is overturned by a mob rule these men helped inspire - but their radical redistributionist ideas were uncomfortable to someone like John Adams. “Young, Cannon, and Marshall, along with their friends . . . would no longer merely push socially radical ideas. They would make an actual working-class revolution.’’ Once the Colonies were free from Britain, the Adams coalition ruthlessly buried its connection to the radical elements in the young society.

This isn’t to say that “Declaration’’ neglects pivotal figures like Patrick Henry and Richard Henry Lee, or Thomas Jefferson. Hogeland covers this territory while keeping his eye trained on the now forgotten economic divisions.

Even though we know the end of the story - we’re all celebrating it tomorrow - “Declaration’’ creates quite a bit of suspense. This is a testament to Hogeland’s impressive narrative skill. And despite the dramatic nature of “Declaration,’’ Hogeland manages to simultaneously offer an even-handed history and an implicit critique of contemporary politics.

To forge an independent nation, Hogeland summarizes, “The forces of liberty and the forces of equality combined that spring and summer to achieve their separate ends, but they were always fundamentally and even violently at odds.’’ This tension between liberty and equality persists. We neglect our history of class struggle in favor of a revisionist history of solidarity. This blindness has contemporary implications. Despite longstanding complaints about the historical ignorance of the American citizenry, we brandish a strident historical sensitivity. The Revolution animates our present politics - the Tea Party’s originalist rhetoric furnishes only the most obvious example - with both the Founders and their principles serving as touchstones for contemporary political debate. In America, this is what history is for: political legitimation. That’s a perfectly acceptable use of history, assuming we have a legitimate understanding of the past, something “Declaration’’ provides.

Michael Washburn is a research associate at the Center for Place Culture and Politics at City University of New York. He can be reached at www.michael washburn.org.