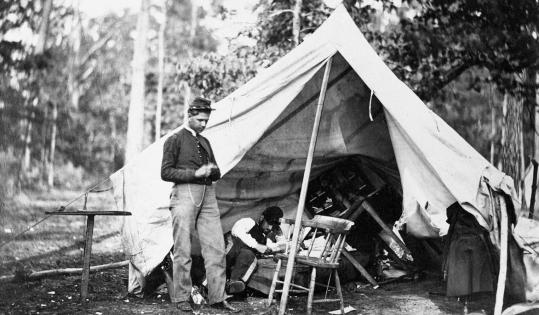 The notion of buying local isn’t just for farmers’ markets. It has a place in the literary world, and this week brings two new opportunities to buy homegrown reading matter. There’s a new magazine published in Amherst, a new book written by Boston teens, and a launch party for each.

In the debut issue of The Common, Ted Conover, whose latest book explores key byways overseas, stays closer to home. He follows an abandoned dirt road near a farmhouse his wife’s family owns in Sutton, N.H. As he strolls and bushwhacks, he tells a wistful story about rural New England and the farms that once defined it. Conover’s “Brown Road (1853-1932)” is a perfect opening selection for this new magazine focused on poems, fiction, essays, and images that embody a sense of time and place.

Ilan Stavans and Sabina Murray, members of The Common’s editorial board, will celebrate the launch of the first issue at 7 p.m. on Wednesday at Porter Square Books in Cambridge.

Also on Wednesday evening at 7, the youth writing center 826 Boston will celebrate the publication of “We Think You’re Old Enough to Know,” a collection of coming-of-age stories by Boston teens. These are tales — some true, some not — of defiance, belonging, family, sorrow, lost loves, and moments of triumph. Tutors from 826 Boston worked with an English class at the John D. O’Bryant School of Mathematics & Science in Roxbury and a design firm donated its services to produce the book, one that captured the attention of actor-writer-producer Steve Carell.

In the foreword, Carell draws parallels between the feelings and experiences portrayed by the book’s student authors and two of his iconic characters from “The 40-Year-Old Virgin” and “The Office.” It seems, he writes, that adults are never too far from their high school selves. The party takes place at Hibernian Hall in Roxbury.

Vermont and the Civil War
Poor health prevented George Houghton of Vermont from enlisting in the Union Army during the Civil War, but he found another way to serve the nation. On a number of trips to the South, he photographed daily activities in the Army camps and made portraits of Vermont soldiers. Back in Vermont, he continued to document the war, photographing patients in the military hospital and troops returning home.

Before Houghton died in 1870 at the age of 46, he donated his photographs to the Vermont Historical Society, which has now published more than 100 of them in “A Very Fine Appearance.” Each photograph is accompanied by an excerpt from a newspaper account or the words of a Vermont soldier; Houghton’s own story is told by historian Donald H. Wickman. In the introduction, Civil War expert Harold Holzer calls Houghton’s work “among the most comprehensive and visually arresting produced by anyone during the war.”

Coming out
■ “Lessons from a Desperado Poet” by Baxter Black (Lyons)

■ “The Bedtime Book for Dogs” by Bruce Littlefield (Grand Central)

■ “The Science of Evil: On Empathy and the Origins of Cruelty” by Simon Baron-Cohen (Basic)

Pick of the week
Jane Egge of Willow Books & Café in Acton recommends “A Radiant Life: The Selected Journalism of Nuala O’Faolain” (Abrams): For those of us who were not lucky enough to read these columns when they first appeared in The Irish Times, this book is a gift. The clear voice, insightful views, and gentle handling of many of our trickiest issues ring as true today as when they were written. O’Faolain’s columns have a uniquely Irish feel while addressing universal themes.”