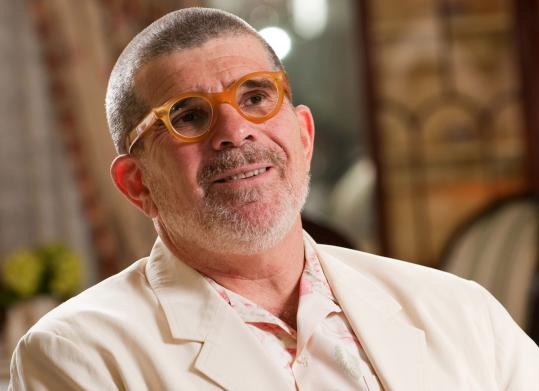 Let’s cut to the chase: There is no secret knowledge. David Mamet, acclaimed playwright and screenwriter, makes this amply clear throughout “The Secret Knowledge: On the Dismantling of American Culture.’’ According to Mamet, secret knowledge is a spurious qualification claimed by the government to justify interfering in a societal or economic issue beyond its constitutionally limited purview. The author expects such presumption on the part of those in power of whatever political hue but cannot countenance its endorsement by the average citizen. “The Secret Knowledge,’’ a rambling jeremiad (Mamet could definitely use the occasional “Pinter pause’’), laments the dreamy faith in government evinced by a sinister and nebulous entity never defined, but referred to simply as “the Left.’’

In recent years, Mamet has been taken with the drama of politics. Indeed, “The Secret Knowledge,’’ a collection of short essays, was prefigured by his 2008 Village Voice article, “Why I Am No Longer a ‘Brain-Dead Liberal.’ ’’ Now, Mamet elaborates on what he calls “the Left’s love affair with Marxism, Socialism, Radicalism, and the Command Economy.’’ In so doing, he engages in a curiously fervid refutation of socioeconomic hypotheses long since made moot by history, fails to distinguish between liberals and leftists, and does not acknowledge that hard-core socialism in the United States has rarely transcended intellectual circles.

That’s not all. Mamet pushes his few incisive criticisms beyond their limit. For example, he rightly bemoans the liberal belief that a key goal of government should be achieving “social justice,’’ the progress of which is impossible to quantify. “What is the difference between equality and fairness?’’ he asks. The answer: “A standard may be applied to the former, which the latter will not bear.’’ Mamet argues convincingly that the government, duty-bound to treat everyone equally, cannot also juggle inherently subjective views of fairness.

But he proceeds to dismiss the entire notion of shaping culture, especially through government influence. Because culture is the (evolving) product of a group of people’s interaction with one another over millennia, Mamet considers it folly to tinker with that which time and socioeconomic exigency have established as the norm. In his opinion, the mind, with its utopian and unproven assumptions, must not be favored over the durable outcome of tried-and-true practices.

Yet such cultural fatalism blocks intellectual endeavor. And traditions should not be inviolable. Granted, the issue of change must not be treated lightly, but what if one demonstrates conclusively that certain customs foster bigotry or hamstring the economy? And what if this revelation does not suffice to convince people to jettison such practices, owing to ingrained habit? Mamet cannot conceive of government encouraging a socially or economically desirable development.

The book’s greatest deficiency, however, is Mamet’s obliviousness to time and place. To be sure, he argues that global warming, of great concern to American liberals today, is a hoax. And he lambastes the government’s recent bailout of the auto industry, which liberals supported. (He does not explain that it was begun by President Bush and later expanded by President Obama.) But Mamet simultaneously feels an urgent need to rebut Marx’s universally discredited prescription for a sound economy. He also vigorously defends the free market and argues against redistribution of citizens’ wealth. Precious few American liberals in the 21st century would be upset by any of this. But to Mamet, liberalism is leftism, and leftism today is what its most radical adherents believed decades ago. It’s 2011, and Mamet is fuming about the late Susan Sontag’s praise of Cuba after traveling there in 1968, and Jane Fonda’s notorious visit to North Vietnam in 1972, among other bygones.

Indeed, one cannot avoid concluding that the crux of this book is an exercise in misdirection. Much of “The Secret Knowledge’’ serves as an intellectual riposte to the words and deeds of militant leftists who are dead, repentant, or irrelevant. And while Mamet justly indicts the tri-pronged scourge of political radicalism, economic socialism, and ideological totalitarianism, he identifies this phenomenon not with the regimes of Venezuela, Iran, Libya, or even North Korea, but with mainstream American liberals.

Rayyan Al-Shawaf, a writer and book critic in Beirut, can be reached at calaboose@gmail.com.

On the Dismantling of American Culture