The elusive man with a big name

An absorbing tale of faux Rockefeller 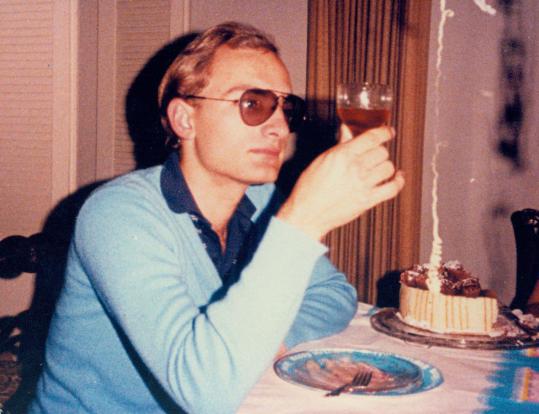 Christian Karl Gerhartsreiter in California where he lived under the assumed name of Christopher Chichester
By Maria Cramer Globe Staff / June 2, 2011

Bostonians are by now familiar with the strange tale of the German fabulist Christian Karl Gerhartsreiter, who for two decades fooled everyone around him, including his wife, into believing he was a Rockefeller.

In the summer of 2008, the slight man with the big name riveted New England and much of the world when he kidnapped his daughter from Back Bay and sent police and the FBI on a breathless manhunt.

Now a much darker chapter in the life of the con artist once known as Clark Rockefeller is expected to unfold as he prepares to face murder charges in the death of a San Marino, Calif., man he knew in the early ’80s.

Los Angeles County authorities have offered few details about what led to the killing of John Sohus, a 27-year-old computer programmer. But a new book by veteran reporter and Vanity Fair contributing editor Mark Seal provides an intriguing, frightening theory of what may have happened to Sohus and his wife, Linda, who both went missing in 1985.

Backed by details the public has not heard, Seal argues in “The Man in the Rockefeller Suit’’ that Gerhartsreiter wanted the couple out of the way so he could have a clear path to the assets and property Sohus stood to inherit from his alcoholic mother.

Seal offers an absorbing tale that begins in a Boston courtroom, where Gerhartsreiter was tried and convicted for kidnapping his 7-year-old daughter, Reigh. Seal retraces Gerhartsreiter’s life, starting in the rural German town where he was raised by adoring parents but dismissed by many of the townspeople as a spoiled, arrogant troublemaker. The reader follows Gerhartsreiter as he uses a student visa to enter the United States and proceeds to lie his way into high-society circles in Greenwich, Conn., San Marino, New York, Cornish, N.H., and finally, Boston.

Seal spent two years talking to nearly 200 people who met, worked with, and, in some cases, loved Gerhartsreiter.

Seal tossed back beers in a Bavarian pub trying to get the suspicious people of Gerhartsreiter’s hometown of Bergen to open up. He sipped tea with the upper-crust elderly ladies of San Marino, who welcomed Gerhartsreiter into their homes and in some cases gave him money. And he pored over police reports, including secret grand jury minutes he received from an unnamed source, news clippings, school records, and immigration documents in an effort to understand his subject.

Seal’s meticulous research makes him a convincing narrator. He diligently explores every known facet of Gerhartsreiter’s life and travels, but the most interesting and freshest material is found in San Marino.

The lead investigator in the Sohus murder tells Seal that he believes Sohus was killed shortly after he and his wife became convinced, presumably by Gerhartsreiter, then posing as Christopher Chichester, that they had been hired by the government for top-secret work. The couple was told that the jobs were in New York, according to the book. Sohus would leave San Marino first, followed by his wife.

But John then was murdered, the investigator said, his body buried in the backyard of his mother’s home, where Gerhartsreiter lived in the guest house. Police in Los Angeles have told me that they believe that Linda, who has not been seen since February 1985, and whose body has never been found, is most likely dead.

It is heartbreaking to read about this couple — naive, poor, and desperate to make it on their own — believing they have found their ticket out.

I wanted to learn more about them. Seal had great access to their friends, but frustratingly offers relatively little and instead remains focused on how Gerhartsreiter wormed his way into this exclusive club or that well-paying Wall Street job for which he was not qualified. Seal’s singular approach eventually becomes less a virtue and more a liability.

I covered this story for The Boston Globe when it broke in 2008 and interviewed Gerhartsreiter shortly after his arrest. My colleagues and I spoke to him for less than an hour, and by the end of our time together, we knew we would not glean any real truth about who he was and what motivated his lies. If anything, we grew numb, almost bored, listening to him ramble on about the “five or six or seven’’ languages that he spoke, the historical novel about the roots of Israeli statehood he said he was writing, and his work as a researcher of “anything from physics to social sciences.’’

Though his book is highly enjoyable and deeply engrossing, Seal runs the risk of doing the same to the reader with his relentless descriptions of Gerhartsreiter’s quirks and outlandish tales, which begin to feel repetitive.

While the book offers plenty of detail on the faux Rockefeller, it presents too little exploration of issues of class and why people were so willing to accept Gerhartsreiter’s fantastic tales. There is no reflection or analysis of America’s obsession with bluebloods. Seal seems to be more interested in telling his readers over and over again that Gerhartsreiter never wore socks and was partial to Lacoste shirts.

Seal did uncover fascinating, unknown stories about Gerhartsreiter, including disturbing, intimate details about his marriage to Sandra Boss, a high-level executive who arguably was abused by him.

For everything I learned, however, I didn’t really feel that Seal got to the heart of who Gerhartsreiter really is. This is not necessarily a failing on his part.

Gerhartsreiter has gone through so many incarnations, he is probably not recognizable to himself.

Seal describes the aggressive questioning by authorities after Gerhartsreiter is finally caught. Gerhartsreiter at first tries to charm his interrogators but is then forced to give up the charade. He concedes that virtually every name he has given since arriving in the United States was false.

“So who am I talking to?’’ one of the investigators asks him.

THE MAN IN THE ROCKEFELLER SUIT: The Astonishing Rise and Spectacular Fall of a Serial Impostor