Wallace’s posthumous novel about a bureaucratic, deathly bored, and soulless America reminds us of his singular talent and of what could have been 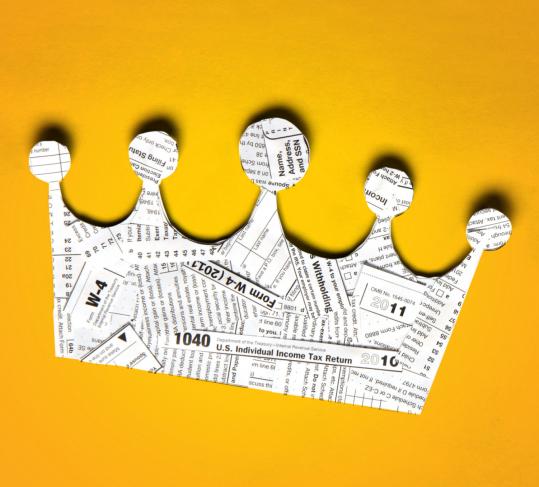 This is the most anticipated posthumous American novel of the last century. Not even Ralph Ellison’s “Juneteenth’’ with its morbid history, lost in a house fire only to be resurrected from ash and published after the author’s death, or Nabokov’s “The Original of Laura’’ — so cruelly issued last year against the author’s wishes as a series of storyboard-like note cards — approaches the penumbra of grief and hope that is swirling like a tornado around “The Pale King.’’

This is the book David Foster Wallace was writing when he took his life nearly three years ago. According to his editor, Michael Pietsch, America’s most gifted writer left behind a neat stack of 250 manuscript pages, backed up by hundreds of pages of the novel-in-progress, notebooks, handwritten marginalia, and more. Pietsch had the grim task of picking through a dear friend’s detritus in search of a work. He found Wallace had written deep into the second novel everyone expected of him. Only he had not left a flight plan.

So what do we have here then? And how are we supposed to read it? These are important questions because American literature will rarely, if ever, give us another mind like Wallace’s. He was at once the recorder, the mimicker, and the synthesizer of our Age of Information. He showed how corroded our language had become; the way this loss radically ablated our spiritual lives; and he knew, intimately, how hollow we all felt, filled up and emptied out — interior life no longer this vaulting space, but a series of chemical loops and trip wires, entertainment an escape so irresistible that, in his masterpiece, the 1996 novel “Infinite Jest,’’ people die from it.

Wallace’s genius was that he could absorb the infernal logic of data — all those vectors of complexity, its relentless torrent — and still give us the magic of narrative. That moment when we, as readers, become co-imaginers of a text because there are characters in whom we believe, and a story we learn how to anticipate. Information and storytelling: They are opposing forces, like certainty and faith, yet Wallace stood across this divide and proved that if there was, in fact, a social novel of our time, here is where it would be built. Not by papering over the ruptures in realism, but by writing right through them.

“The Pale King’’ appears to have been written to straddle this divide in the most popular way yet for Wallace’s work. We have a setting — Peoria, Ill., in 1985 — a polyphonic cast — IRS agents at the city’s notorious processing center — and a new intimacy to Wallace’s prose. The book telescopes in and out with masterful force. Here are the “flannel plains and blacktop graphs and skylines of canted rust’’ of the Midwest, light traffic as seen from an airplane above, “crawling with a futile pointless pathos you could never sense on the ground,’’ and here are the people in those cars, grinding out another work day below the “whisper of sourceless ventilation.’’

In contrast to the characters of “Infinite Jest,’’ the group here is dying of boredom. They ride about in reclaimed ice cream trucks, the whistling tune a tiny hint that all of them, long before this bureaucratic giant absorbed them, were children with dreams. There’s even one man who slowly stiffens at his desk for five days after dying of a heart attack. “He was very focused and diligent, so no one found it unusual that he was in the same position all that time.’’

There is a war going on in the IRS in 1985, one between the old way of doing things, and a new digital method of understanding who is cheating on their taxes. This battle, while perhaps overly described, manages to coalesce into a potent metaphor within “The Pale King.’’ Can an algorithm understand human experience? Each ferociously written set piece within the book writes against this question, as if life itself depended upon it.

We meet Claude Sylvanshine, a lowly agent reeling from an incident at the Rome, N.Y., office. There’s Lane Dean, a Christian who marries his high school girlfriend after she gets pregnant and learns to regret it. David Cusk develops a nervous condition so crippling it leads him into a career designed to steer him from stress. We also meet Leonard Stecyk, a child-prodigy so irritating he is barred from talking to his teachers, who evolves into a manager at the sprawling 100,000-plus megalopolis which is the IRS.

How Wallace planned to steer us through these richly imagined lives, if he did at all, shall remain a mystery. It seems possible he would have had it both ways — a deep panoply of lives and the post-modern awareness of how this was all constructed, both the work and the vortex of current life. Scattered throughout are chapters written in the name of David Wallace, claiming that what happens in this book is a memoir. Flickers of Wallace’s early energetic self-debunking sparkle here and tumble down the page into bulging footnotes, but ultimately these sections feel like gutters made to catch the psychic overflow that creation seems to have set off in Wallace.

“The Pale King’’ gives us, at its best, a glimpse of a writer wrestling with these questions. How do you imagine the texture of boredom without being boring? Where do you acknowledge your reader without breaking the spell that defines a reader’s existence? At its worst, the book reminds us that Wallace, who gave us those eight volumes of fiction and nonfiction, would have given this novel a shape that turned such interrogatives into a system of its own. One beautiful enough to eclipse, in the time of our reading it, the bureaucratizing of human life, not to mention day, night, and everything in between. Wallace’s commitment was total. He wanted to give us everything. If only we could tell him he already had.

John Freeman, author of “The Tyranny of E-mail,’’ is the editor of Granta magazine.