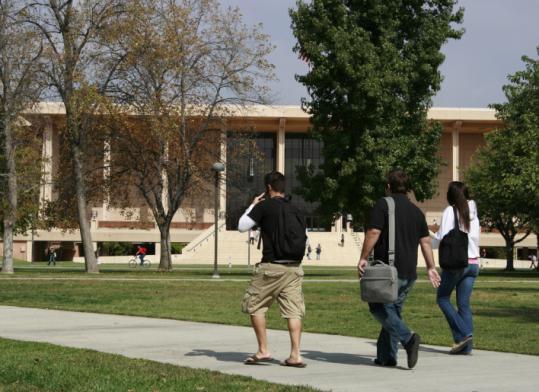 The emphasis in “Crazy U’’ is on liberal arts colleges, especially the selective ones.
By David M. Shribman Globe Correspondent / March 11, 2011

Oh, the horror, the utter horror, of it all. The preparations for the SATs. The mind-numbing campus tours. The fraught conversations with the school college counselor. The essays. The decisions, some in our control, some not: Where to apply? Early decision or not? Accepted or rejected?

All that horror came roaring back in the pages of “Crazy U,’’ Andrew Ferguson’s new volume about the madness of college admissions.

“All summer, and more and more over the last eighteen months, I was uncertain when to insert myself into his affairs, when to hold back, when to treat my son like a ward and when to welcome him as a peer.’’ Figure that out, and the rest is easy.

Well, not exactly easy. Nor lacking in tension. So much has been written about college admissions that it may be hard to imagine a first-person account of the college wars finding a niche in the market. But this is an affectionate, affecting account, and while it won’t tell you whether Bard or Baylor is the place for your child, it may help you figure out how to keep your sanity in a process that lacks it entirely.

Some of the truths Ferguson uncovers are like most of the truths in life — deeply disorienting, deeply disturbing. But the beginning of wisdom on the college admissions process is the realization that a college application is really an exercise in marketing.

“So the first great task consuming our children as they step into the wider world is an act of marketing, with themselves as the product,’’ Ferguson writes. He is not being a wise guy. He is being a wise man.

College admissions is a dizzying act of buying and selling, with one feature seldom found in the commercial market: The role of buyer and seller aren’t permanent.

First the admissions committee is the buyer; it selects the students it admits. Then, once the notices go out, members of the admissions staff become the seller; they want to close the deal, if only to enhance the college’s “yield,’’ the ratio of admitted students to enrolled students. That might not matter to you, but it matters to the mandarins who run the US News and World Report ratings and don’t underestimate the importance of the ratings to schools.

The emphasis in this book, and in most of the public conversation about college admissions, is on liberal arts colleges, especially the selective ones. All this frenzy misses an important point. Almost all of the discussion in junior year and senior fall is how to get in. Nobody talks about why someone should go to a selective college in the first place.

That’s not the book Ferguson set out to write, of course. But he understands that the focus is on the wrong questions. Getting into a good college means a student will get a good education. It does not mean she will get a good job.

Which is why perhaps the most important point Ferguson makes comes at the very beginning of his book. “[C]ollege was designed for contemplation, for the slow, steady nurturing of the spirit,’’ he writes. “It wasn’t designed to do what most Americans want it to do: set their kids up to get a good job.’’

He’s right. But what we need now is less advice on how to get your child into college. What we need is more advice on what she should do with the college education she gets.

David M. Shribman, former Washington bureau chief of the Globe and currently executive editor of the Pittsburgh Post-Gazette, was for a decade a trustee of Dartmouth College. He can be reached at dshribman@post-gazette.com.

CRAZY U: One Dad’s Crash Course in Getting His Kid Into College By Andrew Ferguson