A little bit of everything from Patton Oswalt 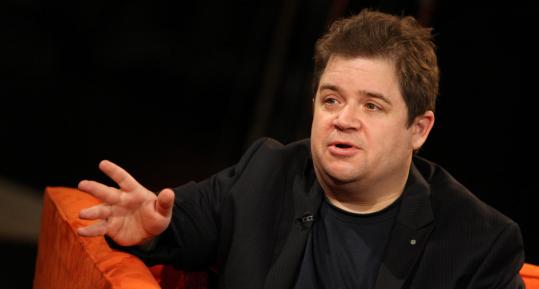 In the introduction to “Zombie Spaceship Wasteland,’’ Patton Oswalt apologizes in advance for his lack of stylistic consistency.

“Comedy and terror and autobiography and comics and — they’re all the same thing. To me,’’ he writes.

Of course, Oswalt’s ability to mix cracks about hair-metal bands and Jon Voight’s crotch with references to George Orwell and NPR has always been his strongest asset as a comedian. He brings that postmodern sensibility to his debut book, a wildly diverse collection of essays that careens from sincere introspection to inventive comedic material that would fit seamlessly into one of his sets.

Like his stand-up act, Oswalt’s memoir pieces contain few jokes in the traditional sense —instead, the humor comes from his sharp storytelling and sardonic wit. “Zombie Spaceship Wasteland’’ begins with arguably his strongest such work, a lengthy essay about working at a decrepit movie theater in high school.

The crummy first job is hardly an original source of comedy, and Oswalt’s opening observations about the banality of the suburbs seem all too familiar, but his description of the Towncenter 3 theater and its desperate staff members turns the piece into a darkly funny character study.

“Dan claimed he was an ex-Texas Ranger,’’ he writes, referring to his former boss. “Do the make their members drink a quart of Vladimir vodka every day? If so, Dan was keeping their frontier spirit alive.’’

Oswalt develops the rest of the Towncenter crew with focused relish. He takes resigned sympathy on Roddy, the scruffy assistant manager whose ability to buy cases of beer and bottles of Mad Dog 20/20 gained him a posse of teenage hangers-on — despite the fact that he lived in a supply closet. He reserves no such courtesy for Gary Jay, a 4-foot-9-inch-tall usher on steroids who refuses to show remorse after raiding Roddy’s hidden cache of weapons with the rest of the teenage staff. Young Oswalt, along with two other employees, shamefully returned their loot of nunchakus and air pistols.

The rest of the personal material deals with similarly muted conflicts and plotlines, like a childhood snow day or his first headlining gig at a run-down club outside of Vancouver. But he populates these stories with expertly drawn characters, and infuses them with a limitless supply of cultural references and deft turns of phrase.

“Reed leans closer in,’’ Oswalt writes during an exchange with the Canadian club’s cocaine-addicted manager. “His breath smells like he’s been eating Doritos and olives and drinking very little water.’’

The straight comedic essays are reliably funny, even when he doesn’t develop them as fully as the denser nuggets of memoir. Quick bits about existentially dark greeting cards and pretentious wine lists are slight but satisfying, and a loving ode to Oswalt’s bygone Dungeons and Dragons character — written in faux epic poem meter — breaks new comedic ground on an old nerd standby.

Oswalt’s sole misstep comes in the form of the title essay, which clumsily tries to associate different forms of teenage angst with one of three pop culture tropes: zombies, spaceships, and wastelands. He never manages to clarify that thesis, but he’s wise enough to confess that he doesn’t fully understand it, either.

“I think this chapter is more for me than for you,’’ Oswalt admits.

But he could make that claim about his entire book, or the memoir genre on the whole. In successfully transporting his comedic voice from the stage to the essay, he makes even his most self-indulgent prose worthwhile.

Alex Spanko can be reached at alexspanko@gmail.com.