‘Dynasty’ looks at the Celtics before all the banners 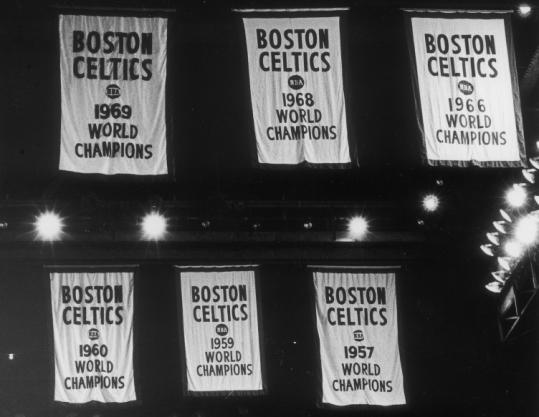 In April 1957 John Hynes was mayor of Boston, Scollay Square still was on the map, “Oklahoma!’’ was playing at the Saxon, and the won the first of their 17 championships by beating the St. Louis Hawks, changing both their league and their sport. In his engaging “Rise of a Dynasty,’’ Bill Reynolds recalls “the era of fallout shelters and Sadie Hawkins dances in the gym, back before the Beatles and the Kennedys, before Vietnam and color television, back when social unrest was some kid hot-rodding his car in some quiet suburban neighborhood.’’

The National Basketball Association, which was national in name only, had been in business for just a decade and was trying to outgrow its reputation as a dance-hall, tank-town operation. The league still had only eight teams that season and three of them were in New York state. Its boundaries were Minneapolis to the west and St. Louis to the south. Fans were hostile, frequently dousing rival players with beer and sticking them with hatpins, and on-court brawls were common. Before the first playoff game in St. Louis, Celtics coach Red Auerbach punched Hawks owner (and his former boss) Ben Kerner in the mouth for calling him “bush.’’

The Celtics still were a fragile concern whose owner, Walter Brown, once had kept afloat by mortgaging his house. Their locker room in the Garden was primeval — two showers and one toilet plus one clothes hook per player. The rafters, later adorned with rows of green-and-white title flags, were empty. All of that changed when Auerbach deftly maneuvered the Hawks into trading them the rights to Bill Russell, the angular center who revolutionized the game with his defensive genius.

Russell, who’d just won an Olympic gold medal in Melbourne and didn’t join the team until mid-December, transformed the Celtics into a up-tempo running team with his shot-blocking and rebounding, allowing storied playmaker Bob Cousy to ignite a fast-break offense that literally left rivals breathless. “The first time I played against Russell I knew the game was changing around me,’’ said St. Louis center Charlie Share.

While the country also was changing, the seismic shift of the 1960s still was several years away. Segregation was de facto in Boston (the were all-white, as were most schools) and de jure in St. Louis, where the Celtics stayed in one of the few hotels open to blacks. Russell, who was born in Louisiana and was taunted with racial slurs inside Kiel Auditorium, called St. Louis “the loneliest town in the world.’’

Yet the final series between clubs from two of America’s most parochial cities produced riveting drama from the sport’s biggest names. A dozen players were elected to the Hall of Fame including Cousy, Russell, and fellow rookie Tommy Heinsohn, who carried their shamrock-hued mates to a double-overtime victory that wasn’t assured until Bob Pettit’s last-second shot rolled off the rim. “My nervous system is shot,’’ Auerbach declared after the Celtics had prevailed 125-123.

But the dynasty was born as Boston won 10 of the next 12 titles. The parade of championship banners and retired numbers began that day, which Reynolds aptly describes as a sneak preview of a new America, “a country about to go through transformational change on the basketball court and in the streets, too.’’

John Powers, a member of the Globe staff, can be reached at jpowers@globe.com.

RISE OF A DYNASTY: The ’57 Celtics, the First Banner, and the Dawning of a New America By Bill Reynolds