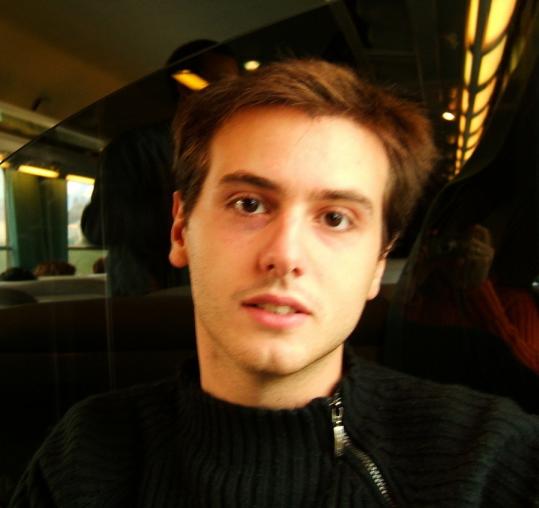 The Prix de Flore is a prestigious French prize awarded each year to a promising young author. The winner receives not only a sum of cash, but also a daily glass of Pouilly-Fumé at the Café de Flore in Paris, making it possibly the most French prize of all time.

In 2008, honors went to 27-year-old Tristan Garcia for his debut novel, “La meilleure part des hommes’’ (literally, “The best part of men’’), which has been translated by Marion Duvert and Lorin Stein as “Hate: A Romance.’’ A historical novel of sorts, although set within recent memory, it concerns four friends divided by politics, posturing, sex, and hatred in the age of AIDS. Those sound like themes with cross-Atlantic appeal, but in practice, curiously, the stakes of “Hate’’ remain as remote to American readers as a glass of wine at the Café de Flore.

In a guileless style that reads more like oral history than fiction, Garcia traces four entwined lives over the approximate span of 1989 to 2005. There’s William Miller, or Will, a handsome young provocateur who becomes a darling of the urban gay scene. There’s Dominique Rossi, or Doumé, Will’s older boyfriend turned enemy — a worldly journalist and founder of an AIDS organization, Stand-UP. Then there’s Doumé’s friend Jean-Michel Leibowitz, aka Leibo, a neoconservative Jewish intellectual and writer. Though married, he is having a protracted affair with our narrator, Elizabeth Levallois. Pretty and well-bred, Elizabeth is a culture writer for the leftist newspaper Libération, covering “everything and nothing.’’ She sees herself as a sad-sack adjunct to the men in her story.

Initially, we get a glimpse of a vibrant gay community suddenly confronted with mortality. But after a few short chapters, Will, Doumé, and Leibo turn on one another viciously, and the ensuing decade of ideological battle consumes the rest of the narrative. Books, debates, and talk shows become forums for their feuds; there is even a physical assault in a public park. Throughout, Elizabeth maintains ties with all three, even as Will and Leibo exploit her loyalty. Now, looking back, she recalls their strikes and counterstrikes like a war reporter.

It’s no surprise this novel garnered attention in France. It crackles with references to inflammatory issues of 1990s Paris: radicalism vs. assimilation, fidelity vs. adultery, Arabs vs. Jews, safe sex vs. sex without condoms. Furthermore, French readers have identified real-life models for some characters. Will, for example, bears some resemblance to flamboyant writer Guillaume Dustan, who died of an overdose in 2005; Doumé echoes prominent journalist and publisher Didier Lestrade, who founded ACT UP Paris. For Americans, “Hate’’ provides a patchier, less satisfying education in French intellectual clashes over Palestine, house music, “autofiction,’’ and whether HIV causes AIDS.

Beyond recreating ideological battles, Garcia has a deeper goal: to imagine the motivations behind them. Doumé alone seems righteously driven — specifically, by fury over the ignored AIDS crisis. Leibo, meanwhile, tells Elizabeth cavalierly, “I always chose the opposing side . . . You have to fight the current, you know, of the times you live in.’’ This seems both silly and implausible — it’s hard to imagine Leibo’s real-life models would offer such shallow justifications for their beliefs.

Will, the book’s central figure, extends this contrarian spirit into nihilism, delivering long and incoherent monologues praising hedonism over health, death over life, hate over love: “Hate is incredibly underrated. . . . even if you die, still it means you’re somebody. And that beats love . . . Sure, there’s something arbitrary about it, no doubt, superarbitrary, but that’s because in life you choose, and choosing, you know, is completely arbitrary. . . . That’s what hate is, it’s the coolest thing there is.” Even Elizabeth tires of this twaddle: “It was like having some high school dropout lecture you . . . about Einstein and relativity.’’

This philosophical void is unfortunate, because Garcia occasionally draws us into an inspired fictional universe. In one wickedly amusing scene, Will torments Bardotti, his assigned unemployment counselor: He rants about careers in prostitution and construction, dramatically smashes his own elbow with a hammer, and sends Bardotti a thousand roses. “Bardotti looked like a large cod caught in the nets of a Japanese trawler,’’ Garcia writes. “He was hypnotized.’’ Finally, unable to take any more, Bardotti quits. Will writes it all up for his magazine column.

Hypnotic, indeed. But Will’s behavior ranges from puerile to monstrous, and we never see why Elizabeth adores him. As she writes in the final chapter, after Will burns his bridges and succumbs, alone, to AIDS, “I have never loved a heart the way I loved William Miller, all appearances against him notwithstanding.’’ Elizabeth, too, is left pathetically alone: “Cut off from my men, my three men, I worry I’ll wear out your patience.’’

Her last words give the book its French title: “There are human beings whose value remains hidden away . . . As for the best part of men who keep the best within their hearts . . . it lives and dies with them.’’ Great fiction has the remarkable ability to reveal the “best part of men.’’ In “Hate,’’ however, the hearts of Will and his enemies remain so mysterious that Elizabeth is right: I guess you had to be there.

Amanda Katz is a writer, editor, and translator who lives in New York. She can be reached at amanda@amandalkatz.com.

HATE: A Romance
By Tristan Garcia
Translated, from the French, by Marion Duvert and Lorin Stein
Faber and Faber, 273 pp., paperback, $14