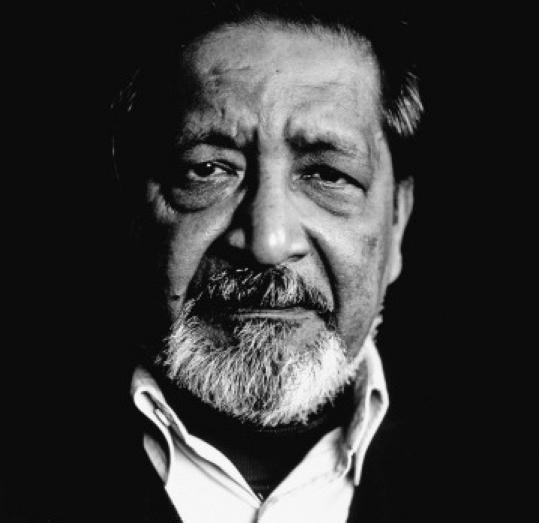 V.S. Naipaul’s new travel book clarifies its intent and theme in the subtitle, “Glimpses of African Belief.” By this, Naipaul does not mean Islam or Christianity — belief systems that are both quite old yet relatively new to Africa, depending on where on the continent you look. In his short preface, he writes, “The older world of magic felt fragile, but . . . had an enduring quality. . . . To witness this, to be given some idea of its power, was to be taken far back to the beginning of things. To reach that beginning was the purpose of my book.”

The book begins with Naipaul in Uganda. There he interviews an array of people while finding dramas in hotel lobbies, shrines, and living rooms. All through the book, he is attentive to and gives voice to people, all sorts of people: presidents, a literature professor, a pharmacist, Winnie Mandela, shamans, Yoruba royalty.

In “The Masque of Africa,’’ Naipaul uses himself as a character only as a way for us to see others through his conflicts, moods, ears, eyes, and biases. And in between his scenes of sharply observed interactions, we are always surrounded by the people of the continent talking, as he chitchats his way from country to country. It is the best aspect of this book, and it gives us a lot of room to come to a different conclusion than his.

For this is not a fully accomplished book. It stutters and finds no solid ground. Naipaul’s vision has always had an intelligence and instinct for central dramas of our times. His nonfiction books have always shaken with meaning and aroused great passions.

The first few chapters here are oddly . . . familiar. Much of the book falls into place inside a formula Naipaul created in “India: A Wounded Civilization’’ and other books. There are a number of hitches — anomalies that arrive feeling grafted and purposeless — like the frequent entry and exit of various cats and kittens in various states of abuse or joy. He observes guides who can’t properly handle his instructions, who become post-colonially hysterical, or try to con him of money. There have been many of these in many books, and they have started to blur with a kind of sameness.

If tools he has used before have had previous power on the page, it is because they seemed to have been picked out of a vastness of possibilities, as a part of dynamic and curious discovering intelligence. In this book, they seem like elements of a tiring template.

It is in Gabon, near the end of the book, that a museum curator tells him about a harp, a gombi, which has strings made from the intestines of “our first ancestor, the first men who lived in the forest.” Naipaul is deeply moved, for it is here, it seems, that he finds what he said he came to Africa look for.

He remembers a man at a harp in the firelight. “He was . . . like G.F Watt’s blindfolded figure of Hope insecurely atop the world. In the roar of the dancing yard I saw him as a minor figure . . . It was shocking to me now to understand, what everyone here understood, what the strings of the harp stood for.”

It is also in Gabon that the book tumbles and falls. When I first read this chapter, titled “Children of the Old Forest,’’ I found my mind wandering into the world of the movie “Avatar’’ with its holy trees, hallucinatory plants, astral journeys, drums, witch doctors, and mysterious and powerful “energies.’’

The problem is not in the depiction of the existence of these things, which is precious and true; it is here that I stop trusting Naipaul’s curiosity, his ability to find big questions to ask. In the rush to fulfill his stated and sometimes templated mission, he failed to notice many seismic things. This new world has learned to transport oral cultures in digital ways. Old cultures are reorganizing and thriving, and this is causing all kinds of upheaval.

In Uganda the royalists are back in a big way — this year the Tombs of Kasubi were burned down, their former frail grandeur, so beautifully described by Naipaul, had been digitally documented. It is being rebuilt. In Gabon, these “fragile” rituals in the forest so far, far away — are widely available on YouTube. That harp he saw, and its various cousins, so long ago had made its way into the guitar sounds of Benga, into the religious songs of many churches. And all that old magic did not sit waiting in some sort of vault of Afro purity — it is alive and thumping also inside the giant Pentecostal churches of Lagos, some of which are temples of belief that can host up to 2 million worshippers. Old languages, older ideas are booming, and people are now able to travel and not leave their ideas of themselves behind.

In Gabon, Naipaul is moved, like any person who lives in a secular country house in Britain would be if they spent a night listening to drums among dense trees and old songs in Cambodia or New Mexico for the first time. He hasn’t found the “beginning.” He is looking for a part of himself, one always there, one that needs to be removed from the familiar to become visible.

This world is not what he makes of it.

Binyavanga Wainaina is the director of the Chinua Achebe Center for African Writers and Artists at Bard College. His memoir, “One Day I will Write About this Place,’’ will be published in September 2011 by Graywolf Press. He can be reached at bwainain@bard.edu.