A compelling memoir about a singer’s songs and struggles 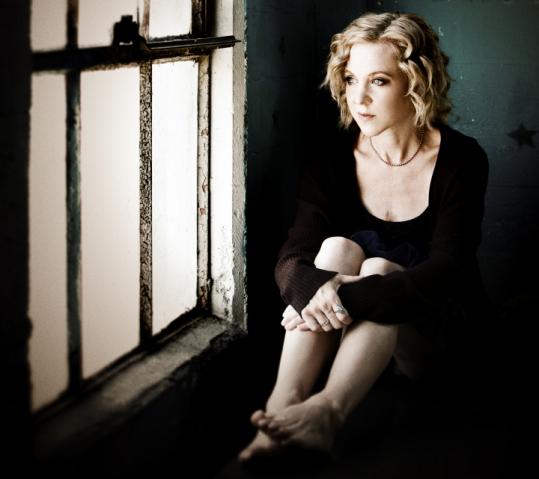 In her first book, Kristin Hersh, frontwoman of Boston-based alternative band Throwing Muses, chronicles a tumultuous year during which she was diagnosed with bipolar disorder and became pregnant, while her band was in the process of signing a record deal and recording its first studio album.

Based on a diary Hersh started when she was 18, “Rat Girl,’’ which is humorous at times but more often heartbreaking, explores the singer’s struggle to balance college classes and her budding music career with her intensifying mental illness. The memoir begins in the spring of 1985, with Hersh living as a struggling, homeless musician and culminates with the birth of her first son (she’s now a mother of four) a year later.

“Rat Girl’’ paints a bleak picture of Hersh’s mental state, which is only slightly alleviated by the knowledge that the songwriter was able to overcome her psychological issues and find success with Throwing Muses and beyond. Now 44, she has released a slew of solo material and continues to perform with the band, as well as hardcore outfit 50 Foot Wave.

The most moving and fascinating parts of the book are Hersh’s beautiful, uniquely vivid descriptions of her torturous songwriting method. After being hit by a car and suffering a concussion in her mid-teens, Hersh recalls, she began to hear and visualize color-coded songs in her mind. In Hersh’s telling, her creative process from then on was a painful, often vomit-inducing one, with songs establishing an actual physical presence in her mind and causing her body to feel electrified. She calls herself a “lightning rod’’ for songs and compares the music that invaded her mind to “a parasite that kills its host.’’

The metaphor is literal; Hersh alludes to a suicide attempt in 1985 (“I . . . cut the songs out of me’’), which led to her bipolar diagnosis. The latter half of the book deals with her battle with the effects of the “drug cocktail’’ she was prescribed — among them shaky hands and debilitating exhaustion, neither of which is conducive to a career as a touring musician. But it also raises interesting questions about whether Hersh’s mania is a gift or a disease, given that it facilitates her creativity.

Hersh maintains a conversational tone throughout “Rat Girl,’’ and Throwing Muses fans in particular will appreciate her technique of peppering the prose with song lyrics that were inspired by specific conversations and events depicted in the memoir.

Her disparaging descriptions of the band’s sound, however, make the band’s music seem significantly less accessible than it actually is. Commendably, she avoids becoming whiny or straying into what could be considered clichéd teen angst territory. Even the discovery that she’s pregnant doesn’t play out like a soap opera; Hersh doesn’t even offer a hint of who the father might be, or the circumstances of her pregnancy, dwelling on it mostly in relation to her songwriting and medication.

And not all the material is so heavy. Several sections are built around Hersh’s unlikely friendship with actress and singer Betty Hutton, and one memorable anecdote recalls the underage band members pooling together money to buy tickets to their own show. Hersh also touches upon Throwing Muses’ decision to move from Rhode Island to Boston (“where, apparently, no one wastes time,’’ she writes), and local music fans will embrace depictions of venues like the Rat and the Paradise. Her recollections of being courted by record label VIPs is also especially insightful and biting.

By the end of the book, Hersh succeeds in making the reader feel invested in her life and career. A must-read for fans of Hersh and Throwing Muses, “Rat Girl’’ is also a poignant account for anyone who’s ever struggled with inner demons.

Liz Raftery is a freelance writer based in New York City.